Not just Imation's imagination: That sinking feeling is real

A different story from last year

+Comment Imation has turned in another quarter of revenue decline and losses and a full year of shrinking revenues.

Its management is talking about strategic options and unlocking value with a financial advisor – which sometimes means selling off non-performing assets, though we couldn't say it does in this case. 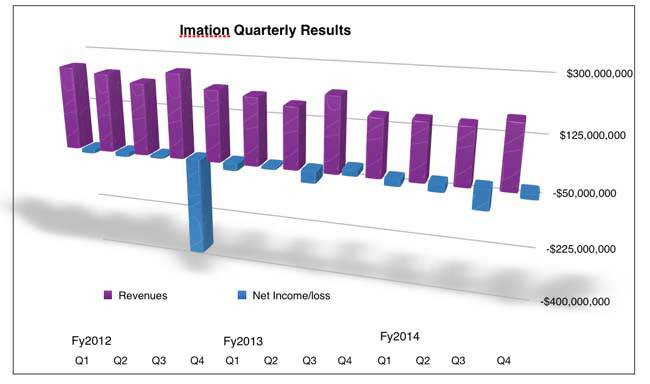 Imation CEO Mark Lucas said in a prepared statement: "During the fourth quarter we continued to see positive sales momentum in our storage and security portfolio with both sequential and year-over-year growth in our IronKey mobile security products and our Nexsan hybrid storage solutions. We will continue to further strengthen our TSS business unit to fuel profitable growth over the long term.” 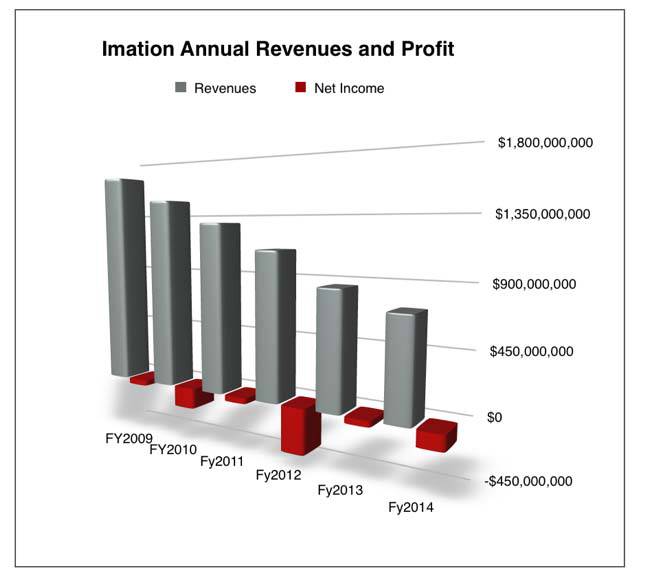 The company has been trying to transform itself after its optical and tape media businesses crashed several years ago. Whatever management's been doing it's not working effectively enough, with five years of shrinking revenues and constant losses.

Lucas said: "In 2014, we continued to execute our strategic transformation and to invest in our business to facilitate our return to revenue growth."

Meanwhile, Imation is talking to financial advisor Houlihan Lokey about what to do with its CSA and TSS business units.

Imation admits that "During the [multi-year] transformation process, the Company has worked extensively with external advisors and has had discussions with third parties to fully examine a variety of available options."

Now it is evaluating with Houlihan Lokey "to review and explore certain strategic options to maximise the value of each business unit".

This evaluation is another important milestone in Imation’s ongoing evolution in becoming a global leader in data storage and security. The changing industry and competitive landscape affirms that we are on the right path as we continue to seek the best method of maximising value for each business unit and for our shareholders. Enhancing the independence of each business unit may allow each team to focus solely on its own growth and product development.

Well, wow. What does "enhancing" the independence of each business unit mean? Some type of split? Watch this space. ®

Floats over missile silos, shooting it down ruled more dangerous than whatever it's up to
Channel3 Feb 2023 | 10