Review The more touchscreen smartphones find homes, the more the world is cluttered with uniform, conformist devices. No matter who designs them or who makes them, they all look pretty much the same. Interesting decorative design can be found in abundance but true innovation is a rare bird. 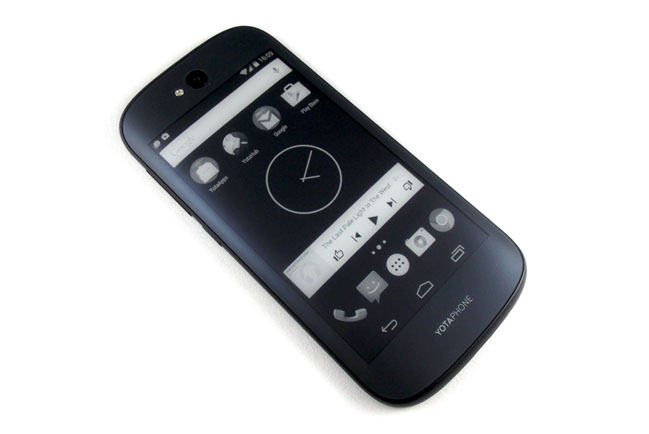 That it offered something different in a world of sameness was one reason why I liked the original YotaPhone. A device with a regular screen on one side and a greyscale electronic paper or e-ink display on the other struck me as a genuinely clever idea.

While the first YotaPhone was little more than proof of concept, the YotaPhone 2 is an altogether more interesting bunch of bananas 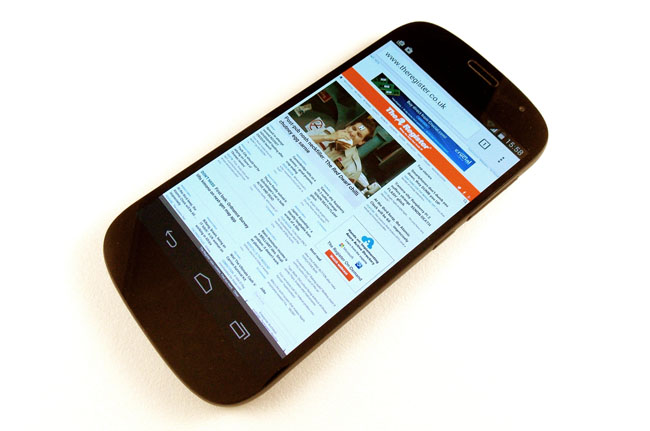 The all-colour conventional side

The 5-inch 1920 x 1080 AMOLED display is crisp, bright and colourful but no better than, for example, the display on my Samsung Galaxy S5. The nicely curved satin finish body is very pleasant to hold and feels rock solid but the world isn’t short of curvaceous and well made smartphones.

It’s not a remarkably powerful device either. The Snapdragon 801 chipset packs a 2.2GHz quad-core CPU with 2GB of RAM which is par for the higher end course but no more. And while there is 32GB of storage, you will search in vain for a memory card slot. The 8MP main camera and 2.1MP webcam are hardly over-endowed on the pixel front, though, to be fair, they both perform very well in the real world. 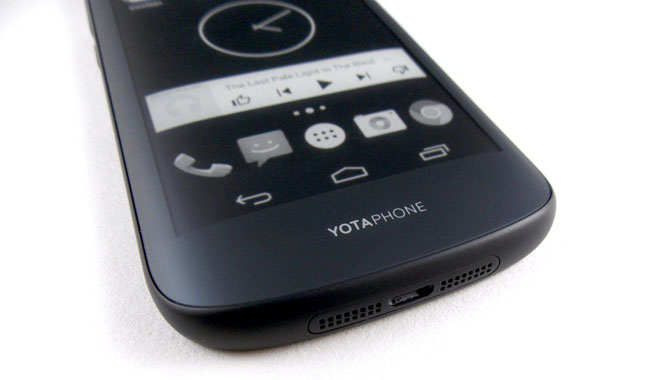 USB port and speakers down below

The layout of the YotaPhone 2 is the essence of conformity too. The microUSB port is at the bottom, the 3.5mm audio jack at the top. The volume rocker (which unusually forms the outer edge of the nano-SIM tray) and the on/off switch are both on the right.

The 2,500mAh capacity battery is nothing to write home about either and it is fixed in place. The user interface is a stock-as-makes-no-difference implementation of Android 4.4.3 with a Lollipop update vaguely slated for later in the year. Oh, and it will cost you £550. Not that interesting so far I hear you cry. Bear with me. 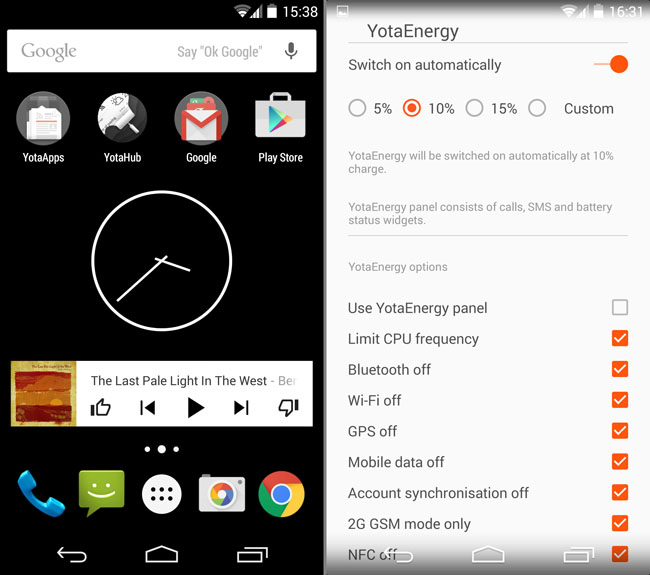 The ace up the YotaPhone 2’s sleeve is the second screen. The idea is to offer an energy-saving alternative to the battery draining full-colour display featured on all smartphones. In terms of practicality, the front and back of the Y2 are made from Gorilla Glass 3 – shiny finish and flat on the front, matt finish and curved on the back. Under the back panel sits a 4.7-inch 960 x 540 16-level greyscale electronic paper display (so I suspect not actually the E Ink Corporation’s proprietary tech) with a capacitive interface.