Kanye West: Yo, DNS... Imma let you finish, but this gTLD is one of the best of all time 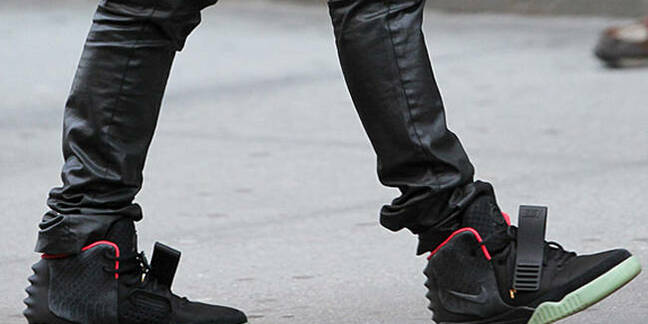 Fresh from insulting award-winner Beck in favour of Beyoncé at the Grammys, walking headline Kanye West has got the internets a-quiver with a series of tweets highlighting a new website that will sell shoes.

And by series, we mean no less than six tweets all featuring an unnecessary long countdown clock. Here's one:

What's more interesting than the fact that West, his step-sister and even his barber have been Instagramming pictures of fur-lined slipper-shoes is that the website address makes use of a new top-level domain: dot-supply, in fact.

Yeezy.supply will open in two days after which time you will be able to buy some shoes. But what is noteworthy from the domain perspective was that the company running the back-end registry, Donuts, had no idea about the website until press reports started appearing.

There have been a few high-profile use of new top-level domains, most memorably 50Cent using the domain '50inda.club', but they have been carefully orchestrated and publicized by the registries in order to garner attention.

That someone as mainstream as Kanye West has simply purchased and launched on a new gTLD is one of the most significant indicators yet that the hundreds of new extensions will soon become just a part of the broader internet ecosystem. ®

All the single ladies... your ex-techbro boyfriends may have snooped on you, too

Oi, Kanye. BEYONCE deserves that gTLD more than you do

CoTW Plus: O noble mobile gods! Bestow upon us a bar!

Beyonce bigs up girls in space

Deepfake 3.0 (beta), the bad news: This AI can turn ONE photo of you into a talking head. Good news: There is none

What the fsck is wrong with people... judging from this study