There is no honour among thieves

A black hat trouble maker appears to have released recent source code for one of the most popular exploit kits, malware-probers say.

The dump was posted online by a user known as (@EkMustDie) before it was removed.

The leaker appears to have previously tried to sell access to the exploit kit.

Independent malware investigators including UK hacker known as MalwareTech (@MalwareTechBlog) and French bod Kaffeine (@kafeine) discovered the source code being slung on HackForums by the apparent former reseller of the exploit kit.

MalwareTechBlog uploaded a copy of RIG exploit pack which did not include functioning exploits that required access to backend servers. 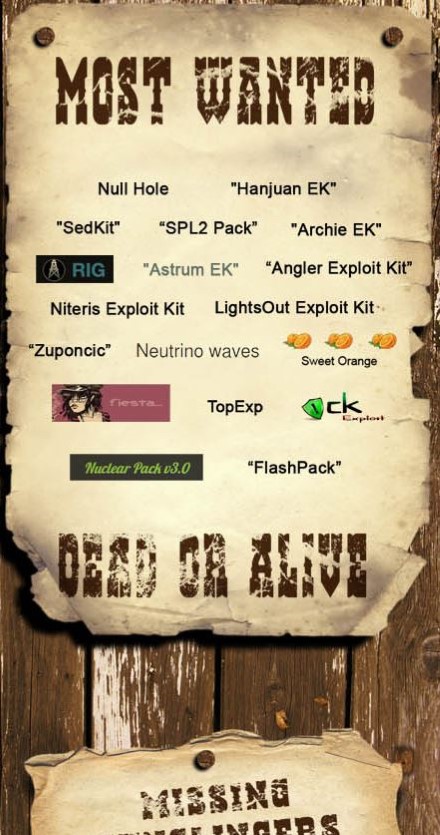 It is thought that a hacker with access to RIG's panel could be replacing the exploit kit payload with the CryptoWall ransomware, a claim Kafeine said resonated with RIG's unsavoury customers.

The leak comes as Cisco reported ransomware criminals had dropped some exploits and instead relied on exploit kits like RIG and Angler to do the heavy lifting. ®