Blackberry has fired off a second lawsuit against Typo Innovations, claiming the celebrity-backed startup "slavishly copied" the design of its smartphones for the Typo2 – a physical keyboard strapped to iPhones. 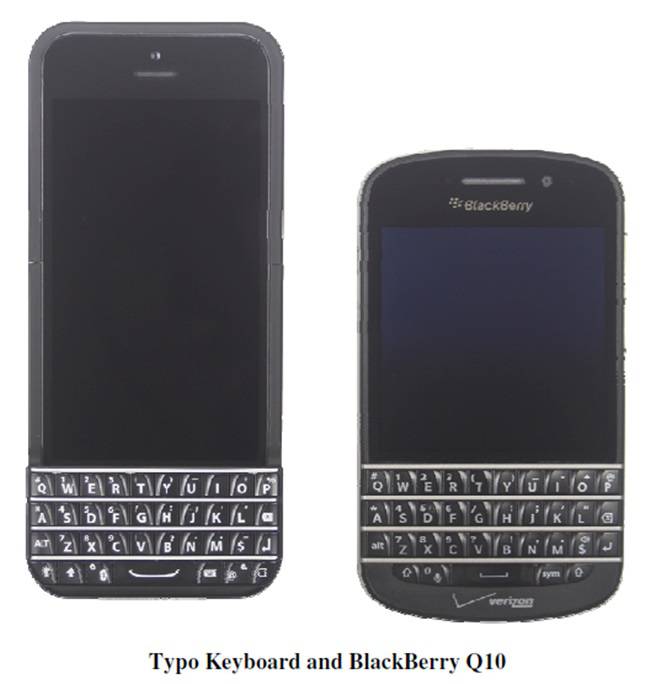 In April, Blackberry won a court order against Typo, cofounded by American Idol host Ryan Seacrest, over the hardware keyboard the upstart was selling for the iPhone 5. The California court found that this basically copied Blackberry's patented mobe keyboard design, ordered a halt to sales, and fined Typo for its behavior during the lawsuit.

Blackberry filed its initial complaint in January last year, before the keyboard debuted at CES 2014. The smartphone maker got an injunction in March but Typo dumped most of its hardware stock on the market at discount rates before the injunction came into effect – which earned it a $860,000 fine.

Typo then brought out the Typo2 phone case for the iPhone 5 and 6, and it is this that has Blackberry's lawyers on the war path again. The new keyboard case was supposed to have fixed the similarities with Blackberry's keyboards, but the lawsuit alleges that virtually nothing on it has changed and it still infringes its patents.

"Just as they did with the Typo Keyboard, Defendants have again copied numerous proprietary BlackBerry designs and patents in the Typo2 Keyboard," the legal filing [PDF] in northern California reads.

The legal team claims the Typo2 cover infringes on five of Blackberry's patents, including the layout of the keyboard and the sculpted tilt of the keys themselves. The Canadians are seeking an injunction against further sales of the smartphone cover and "enhanced" damages against the keyboard vendor.

The five US patents in question are:

Typo Innovations had no comment at time of publication. ®