Although to be fair, some do say 'this is a stupid idea that deserves to die' 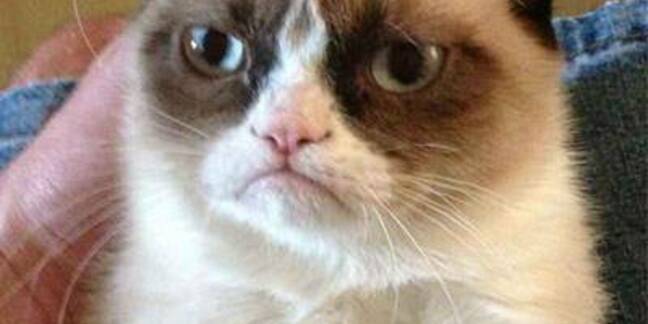 Efforts to reboot a controversial new internet governance body have been met with a resounding note of apathy.

In all, just 23 people responded to a call to define the NetMundial Initiative's (NMI's) future role - the same number that sit on the body's coordination council - over a two-week public comment period.

All those responses came from individuals, with a quarter of them openly hostile to the initiative. "Give up and go home; zero credibility left following dreadful initial failed power grab attempts," read one particularly blunt response. Another states simply: "The NMI is not needed."

Even those not opposed to the initiative in principle were scathing of how it has rolled out, including the comment period itself. "At a minimum this is an inauspicious start for an initiative aimed, at least in theory, at improving transparency and coordination. Unless changes are made to the governing structure and stated mission, we cannot support NMI," said one, a director at the US Chamber of Commerce.

"I have little reason to engage in NMI given its make-up and organization. As long as it is Fadi's plaything, not many others will care either. Good luck," said another, referring to ICANN CEO Fadi Chehade who has faced significant criticism for pushing the initiative forward despite repeated calls to slow it down.

One more respondent was similarly unimpressed: "We don't need another IETF, the one we have is working. We don't need another ITU or ICANN, the ones we have are counterproductive enough as it is … To date NetMundial has exhibited about as much substance as a Davos cocktail party; that needs to change or you will be doomed to well-deserved irrelevance."

As to the respondents that were not openly critical of the initiative, they provided little in the way of focus.

Asked what both the organization and the coordination council should focus on, the responses vary so widely as to be meaningless.

One respondent felt the group should fund travel to other organizations' meetings; another highlighted consumer protection; a third recommended cyber security. Other proposed focuses included: the digital divide; net neutrality; open standards; freedom of expression. In other words, respondents seems just as confused at the initiative itself over why it should exist and what it should do.

The survey did try to elicit useful guidance by listing a range of suggestions for what the council and initiative should do but in the majority of cases where people responded at all, they simply selected all the boxes.

It is a confusing but not entirely unexpected result from the survey. The initiative has been mired in controversial, both at its soft launch in August and again at its formal launch in November.

Initially, the three organizers - ICANN, Brazil's CGI.br and the World Economic Forum - proposed that five of the 25 council seats be given over to "permanent members" of which they would be three. They would also choose the remaining members.

Following an outcry the organizers tweaked their plans but still retained their seats and still selected the majority of the council members. The NMI was also criticized for trying to encroach on the work of the Internet Governance Forum (IGF), for being vague about its plans, for developing the initiative's founding documents and ideas in secret, and for failing to present any pragmatic indications of what it would actually do.

The result was a series of public rejections of the initiative, first by the Internet Society, then by the Internet Architecture Board, by key parts of civil society, and by the International Chamber of Commerce, among others.

Following a series of fire-fighting meetings, it was eventually agreed that the organizers would run a consultation period on what the initiative's purpose should be and then seek the group's approval after it had run that process.

Despite those problems, the organizers did manage to use their connections to pull in some high-profile council members, including both the Chinese and US government's commerce ministers and CEO of Alibaba, Jack Ma.

However, based on the low-level of responses and the tepid, even aggressive reaction to the initiative's outreach efforts, it is going to take a significant amount of effort for the NMI's organizers to turn the initiative around.

"I find it difficult to get any enthusiasm for the NMI other than to hope it does not interfere with work being done elsewhere," noted one respondent. The only reply from a government took a similar tack: "It is very difficult to invent a role to the NETmundial Initiative at this stage and political momentum."

A draft "terms of reference" is due to derived from the survey results and put out for public comment on 2 March. The council's first meeting is slated for 31 March. ®

Open letter to Internet Engineering Task Force: Back off Cisco, not all members want to 'play to your tune'

Special report Alternative headline: Jun Murai remembers he has a /8 under the fridge

Stop us if you've heard it before but... Africa's internet management body mired again by corruption allegations