'Arrgh! The switchboards are MELLLTING!'

It isn’t hard to see why. Negative feedback started after going live "from pretty much everywhere: UKVI, the ministry, specialist users, different people at GDS ... about the site/pages all around content,” one insider told the post mortem interviewer.

The blame isn’t entirely one sided. There were four CMSes in use at UKVI, and some pages were hard-coded. But the digital gurus had made an epic fail of fact-checking, delivering “complicated" and "inaccurate" content, they admitted. Teams found it hard to work together, leading to “broken trust/relationships”. Staff at GDS felt “pushed beyond breaking point” as deadlines approached. GDS, despite its shiny press image, now suffers from poor morale and saw an exodus of staff last year.

The GDS, in its own report, admitted that it didn’t understand what people needed to do with the UKVI service. The Visa and Immigration site “transitioned without a good understanding of users and needs. As a result, after going live there was quickly a flood of negative feedback around [the new] content coming from all directions,” one user told the inquest. The report details “a breakdown in fact checking described by more than one person as 'general chaos' and 'a total nightmare'.” GDS actually ignored a “request for research” to find out who the users might be.

"Specialist users [were] mentioned rarely and briefly during the course of interviews. e.g., Lawyers, Sponsors, (University and Business) ...” notes one staff interview record made during the post mortem, which The Register has seen. "Specialist user needs”, for example, included such abstruse and exotic needs as “bookmarking” and “accessing legislation”. They were not catered for, according to another note.

GDS even had to bully the Home Office to get it over the finishing line, threatening to give it a “Fail”. This tactic is nowadays familiar in Whitehall – as we saw here, when GDS disparaged the HMRC’s VAT One Stop Shop. The digital wizards at GDS didn’t like the style of the service, so “failed” it. HRMC had no choice but to re-implement a vital tool.

Despite two named managers involved with the UKVI fiasco not co-operating with the post mortem, the results are damning. 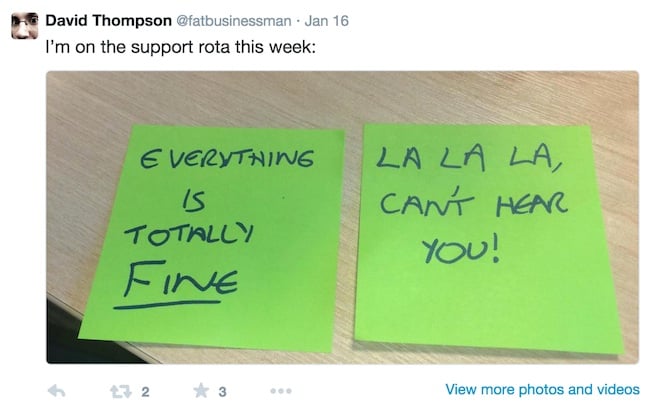 @fatbusinessman's Twitter bio at the time of writing: 'Geek. Building Internets for Britain at @GDSteam. Sometimes I punch people'

Next page: How NOT to do it
Page: