Companies making more changes, and faster than ever 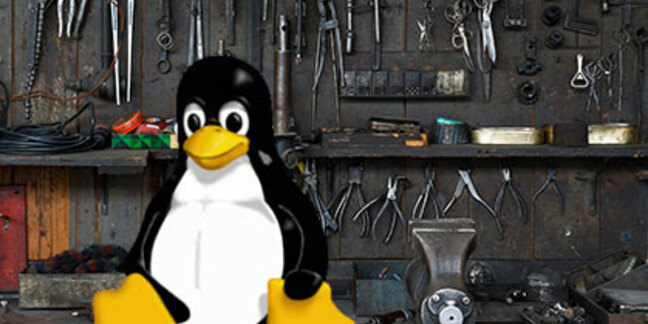 The Linux kernel is growing and changing faster than ever, but its development is increasingly being supported by a select group of companies, rather than by volunteer developers.

That's according to the latest survey of Linux kernel of development by the Linux Foundation, which it published to coincide with the kickoff of this year's Linux Foundation Collaboration Summit on Wednesday.

The survey found that coders who claimed no company affiliation, or for whom an affiliation could not be determined, accounted for just 16.4 per cent of the total number of contributions to the kernel. Independent consultants made up another 2.5 per cent.

The rest all came from coders working on behalf of companies large and small. And while individual contributors seldom made a huge impact on the kernel – most made ten or few changes to the kernel over the last three years – their combined efforts made a huge difference.

The latest version of the Linux kernel to be released before the report was compiled, version 3.18, comprised some 18,997,848 lines of code. That's a 0.7 per cent increase since version 3.17 but a 12 per cent increase from version 3.10, which was the most recent version when the Foundation last published its survey in 2013. (Version 3.19 was released earlier this month.)

As the kernel developers continue to add new features and support for new hardware, the kernel's rate of change continues to accelerate, too. The 3.15 release had the most active development cycle in the kernel's history, with 13,722 patches delivered at a rate of 8.17 per hour.

The top six companies contributing to the kernel were Intel, Red Hat, the Linaro Group, Samsung, IBM, and Suse, in that order. All of the major chipmakers also made the top contributors list, as did usual suspects like Cisco, Google, and Oracle. But as with 2013's survey, Microsoft was again a no-show.

Whether the decline in volunteer code contributions since Linux's early days is actually a bad thing, however, is open to debate.

For one thing, kernel development is something of a rarified skill, and coders who successfully submit patches probably won't stay unemployed for long. Now they're volunteers; now they aren't.

Also, the Linux kernel has hardly been taken over by some Good Ol' Boys network of top IT companies. One developer who consistently makes the list of top kernel contributors, for example, is H Hartley Sweeten of Vision Engraving Systems, a maker of industrial engraving equipment.

Similarly, the Linux Foundation announced on Wednesday that its latest member is media giant Bloomberg, which has joined as Gold member and says it will "continue to take on a more prominent role in the broader community development and collaboration behind Linux."

The companies that contribute to the Linux kernel are also helping to expand the overall kernel development community. Many kernel patches come from developers who, although they have corporate sponsorship, are first-time contributors – which means the pool of qualified kernel hackers continues to grow.

The Foundation's invite-only Collaboration Summit continues through Friday in Santa Rosa, California, with many Foundation corporate members and kernel contributors in attendance – but let's hope the show doesn't keep them too busy.

As the Foundation's report wryly observes, "One could argue that a number of kernels in 2014 might have been released even more quickly had the development cycle not aligned poorly with important developer conferences." ®

IBM's Red Hat gobble: Storage will be a test of Big Blue's commitment to open-source software

All about hybrid cloud... and Red Hat will stay neutral, says IBM