Babar the Elephant: Another malware plague with a cute name 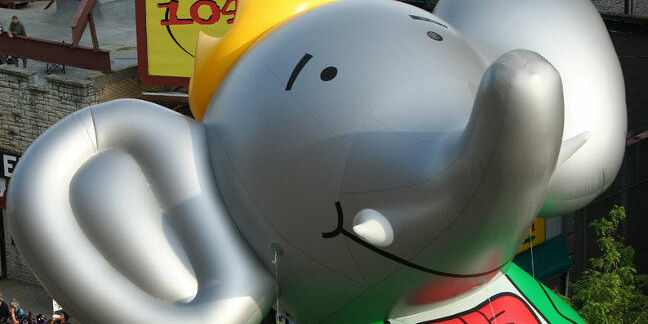 A strain of French-language cyber-espionage malware spotted by infosec researchers shows that the NSA aren't the only spook agency brewing custom nasties to steal sensitive data.

Babar was first mentioned in documents from Canadian intel agency CSEC (Communications Security Establishment Canada) leaked by Edward Snowden. They were published by Le Monde and later, with fewer redactions, by Der Spiegel.

The malware was tied to a spying exercise codenamed Operation Snowglobe, which also spawned a seemingly related remote access trojan codenamed EvilBunny. Implants associated with Snowglobe are more advanced than Babar itself, which Canadian spies discovered in November 2009.

Babar’s feature set includes keystroke logging, clipboard logging, screenshot snapping and, more unusually, the possibility to log audio conversations held through Skype or Yahoo!. It can also inject code into running processes and steal files. Babar is a full-blown espionage tool but it’s not altogether dissimilar from cybercrime tools such as the ZeuS banking trojan family.

Babar is even more closely related to the Regin malware family associated with GCHQ.

The use of Tor to communicate and its other stealth features mark Babar out as more advanced than common-or-garden cybercrime tools.

There are all sorts of matches between the behaviour of Babar malware sample and what CSEC wrote about the cyber-espionage tool, which they described as the work of the French government in the leaked Snowden files. The main targets of Babar were Iranian science and technology organisations but it was also aimed at French-speaking media organisations, targets in former French colonies and the European Financial Association.

CSEC reckoned it targeted a French-language Canadian media organisation, before concluding it was likely the work of an unidentified French intelligence agency, according to the leaked Snowden documents (PDF via Der Spiegel).

Babar is significant because it represents hard evidence that the NSA and its Five Eyes allies are far from alone among Western intel agencies in brewing up malware. ®

The name Babar references an elephant who first appeared in a French children's book. He leaves the jungle and visits a city before returning to bring knowledge of civilisation to his fellow beasts.