Once a legal deal had been hammered out, the software went into many months of intensive development. Adobe’s CEO, John Warnock, played around with alternative product names, including the hideous ArtiFactory and corny Imaginator, before being talked out of it by Photoshop’s original product manager, Steve Guttman. Thank you, Steve: you saved the world’s gossips from having to complain that models on the front covers of women’s magazines are routinely ArtiFactoried. 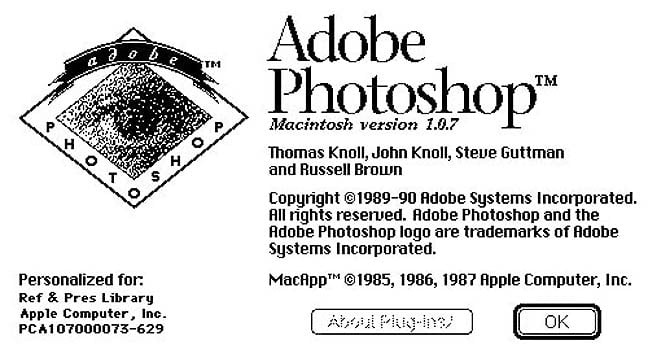 Photoshop 1.0.7 didn’t have bugs in it. Note that just four people get a credit

Adobe Photoshop version 1.0 finally hit the shelves – in those days, software came in heavy boxes containing floppy discs and printed user manuals – in February 1990, running exclusively on Mac OS. Despite some bugginess – a time-honoured Adobe tradition – Photoshop was a quick hit with buyers, most owners ending up using version 1.0.7.

The code for this version – minus Apple’s MacApp library – has since been donated to the Computer History Museum, where you can peruse its 128,000 lines of virtually uncommented code: 75 per cent in Pascal, 15 per cent in 68000 assembler language, and the rest in er… various other stuff.

By 1990, over in London, I had retrained as a production journalist, now designing and sub-editing magazine pages on-screen using QuarkXPress. Typesetters had been given the heave-ho and we output complete pages directly from Macs to 2400dpi bromide plotters, yet we were still sending photos out to get scanned. 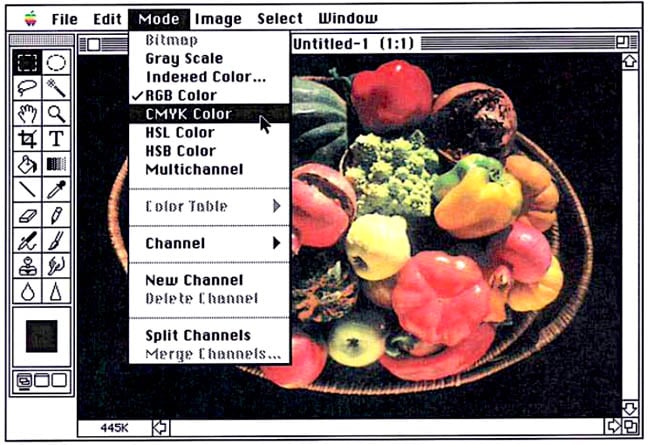 The following summer, having just discovered the joy of taking screenshots under Windows (DOS continued to be a pain in the arse), I decided to import these screenshots into picture boxes and see what happened.

My screenshots came out green.

When I complained, my contact at the repro house asked me if I had heard of a program called Adobe Photoshop 2.0, a “file conversion utility” that would turn my RGB screenshots into CMYK separation images. I hadn’t heard of it and my publisher refused to buy a copy, although he annoyed us greatly by going on to spend £700 on a 300ppi flatbed scanner and another £999 on a copy of OmniPage OCR, neither of which were much use to anyone. 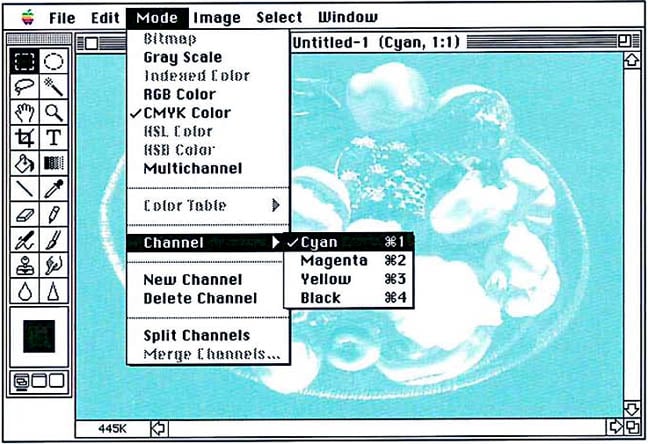 Skip ahead to the winter of 1992 and I was at a different publisher and Photoshopping screenshots like crazy with version 2.5 which, saucily, was available as a Deluxe Edition on super-sexy CD-ROM. We still sent out photos to be scanned but they were now returned to us as digital files. Later, we invested in desk-side scanners of our own, and by the end of the 1990s, photographers and picture libraries were submitting raw images from their digital cameras as TIFFs and JPGs for processing in Photoshop ourselves.

Prepress production is no longer the principal use of the program, however. As Tom Knoll recalled, Photoshop has been there to serve each subsequent digital imaging revolution in turn. When people started building graphically rich websites in the mid- to late-1990s, Photoshop was there to create high-quality but super-compressed GIFs and JPGs. As digital photography headed into SLR territory, Photoshop was the obvious choice for colour correction. 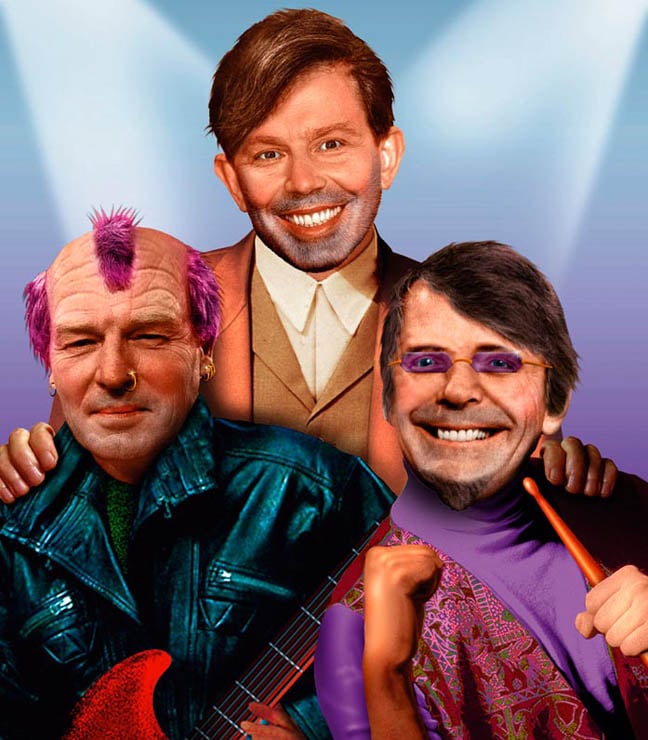 By version 5.0, a studio photographer friend called Martin Evening decided to put to good use his archives of retouched shots of half-naked women and publish them as a how-to book called Photoshop for Photographers. It has never been out of print since, and is currently in its 11th edition for the Photoshop CC release.

Another friend, the incomparable Steve Caplin, specialises in creating entirely fake but utterly convincing scenes from bits of photos, clip-art, balls of string and stuff conjured from nowhere. His classic How to Cheat in Photoshop is in its eighth edition for Photoshop CC, focusing on nothing but showing how "Photoshopping" – in the sense of creating phoney pictures that look real – should be done. Unfortunately, Steve insists on referring to himself as a "photosynthesist", which does rather incite one to commit violent acts in the name of job titling sanity.

Next page: Cropping out the competition
Page: