There is a monument to Marconi and his colleagues on the coast path just outside the field, a column near the edge of the land that looks a little like the beacons that were used to communicate before cables and wireless. Put up after the National Trust took over the land, its plaques record the achievements of Marconi, Franklin, the station’s designer John Fleming and their colleagues. But for many years, that was it.

However, 2001 saw an attempt to reclaim Marconi’s site from history, with the Marconi Centre museum. It’s an unassuming barn-like building that opened on the centenary of that transatlantic transmission in 2001. 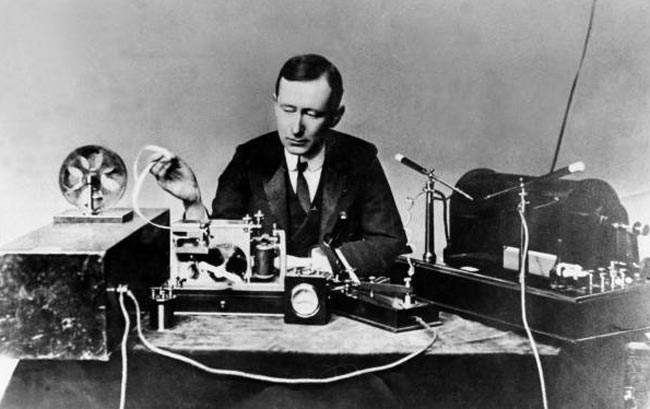 The centre was partly funded by the former Marconi PLC (during a brief period of corporate independence and brand-awareness raising before largely being swallowed by Ericsson in 2006), and the National Trust and Poldhu Amateur Radio Club, who put in a total of £311,913, with a final £141,913 from the European Regional Development Fund.

The centre tells Marconi’s story through a short film, a set of display panels and some interesting artefacts. It also includes three well-appointed radio rooms, used by the Poldhu Amateur Radio Club – who staff the centre – and visiting licensed operators.

Both Poldhu and the Lizard Wireless hut are in lovely coastal locations, although if you’re travelling with those unaccountably less than enthralled by the early history of wireless telecommunications you might drop them off at amusement park Flambards, the Cornish seal sanctuary at Gweek or the small seaside resort of Coverack, all on the Lizard peninsula.

For catering, Roskilly’s Farm, which produces the ice-cream of the same name, is free to visit and serves food all day. If you want to linger, you can even stay in the cottage attached to the Lizard Wireless Hut, courtesy of the National Trust. 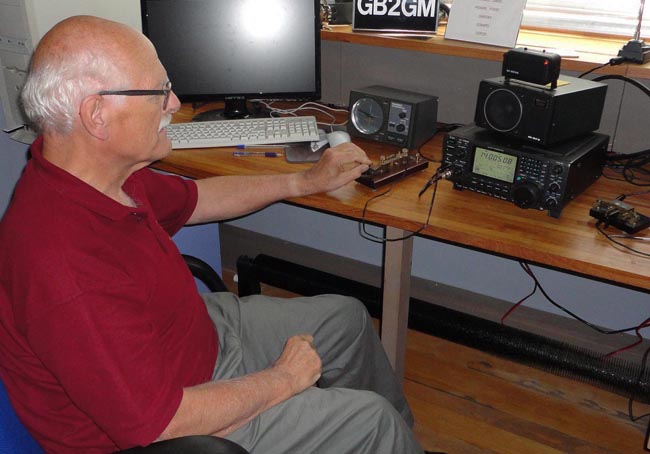 If time is short, or the buildings are closed, you can still leave the uninterested on Poldhu beach, and walk up to and across Wireless Field. With its mysterious ruins and earthworks, it feels like the site of a lost civilisation – rather than a field on the edge of Britain which sent a signal to an Italian in Canada and shrank the world.

It’s a remote but profound place; much of what made it important has vanished. Radio signals, like the buildings and aerials once at Poldhu, are ephemeral.

However, because of what happened here we are swimming in such signals and surrounded by the technology they allow. To adapt Sir Christopher Wren’s memorial in St Paul’s Cathedral: if you seek Guglielmo Marconi’s memorial, look around you. ®

By car: A30, south on the A39 and A394, south at Helston on A3083 (becomes the A3033), part at The Lizard Village. Walk east through the village and take Lloyds Lane, to the coast path; the station is just to the west. Alternatively, park in the National Trust car park at Lizard lighthouse and walk east along the coast path to the station. Public transport: Train to Redruth, First’s 37 bus from the train station to The Lizard.

No fee, but a £1 donation is requested. Station open on Sundays, Tuesdays, Wednesdays and Fridays in the early afternoon only, shorter hours in winter, and only in reasonable weather. For exact try the website, or contact the National Trust office on 01326 561407.

The Marconi Centre and Wireless Field

Car: as above to the A3083. Shortly after passing the southern end of RNAS Culdrose, turn right for Poldhu Cove. At the end of the beach after a bridge, go right turn up a private road for Poldhu Nursing Home. Look for the Marconi Centre car-park on the left. Public transport: Same as above; Poldhu is on the 37 bus route, about 65 minutes from Redruth and 20 minutes from The Lizard.

There is no charge for entry, but donations are gratefully received. The station is normally open for a few hours on Sunday afternoons and Tuesday and Friday evenings all year, Wednesday afternoons from May to September and Thursday afternoons in July and August. Exact times can be found on the website. Wireless Field and the Marconi monument are open at any time.

Amateur licence holders wishing to operate radio station GB2GM are welcome, as are groups, but are asked to book in advance.