Cough up more for old-style licences, cloudy stuff to fall 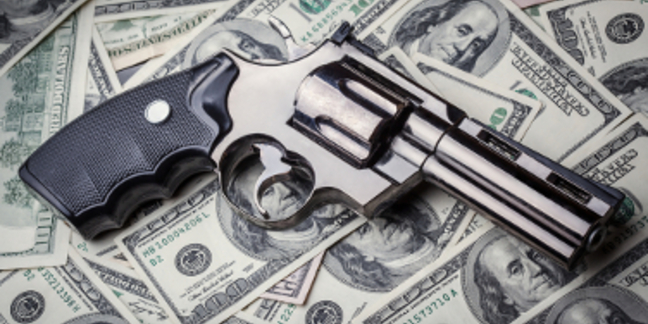 Government departments will pay up to 47 per cent more for the pleasure of using Microsoft desktop software under a volume licensing programme that is months away from launch.

The latest Public Sector Agreement (PSA ’12) between Microsoft and Crown Commercial Services is set to expire on 30 April, and will not be replaced with a like-for-like scheme.

PSA is a memorandum of understanding that allowed IT buyers to access price discounts for certain volume deals. Instead of this, a Cloud Transformation Agreement (CTA) has been signed.

Microsoft contacted enterprise licensing providers last week to warn of the looming changes, in a "confidential" document seen by us:

“With CCS, we took a joint, collaborative decision to move to a more dynamic way of enabling our UK Public Sector customers to move to the cloud, in support of HMG’s cloud first policy direction."

This is either via an Enterprise Agreement Subscription (EAS), Server and Cloud Enrolment or the Enterprise Cloud Suite, the Microsoft missive states.

CTA runs from 1 May until 30 June 2017, but where customers are unable or unwilling to move to the cloud, Microsoft said it will "work with those customers to determine and support their requirements".

But basically, there are no formal alternatives on the table, Microsoft suppliers tell us.

In a pricing illustration, Microsoft said the average total cost of a central government laptop is £1,200 per year, but estimates that by moving to its cloudy services, it can wipe out legacy management and storage costs of £800 a year.

Microsoft claimed under CTA that costs can be pinned to under £400 per annum based on £200 for the hardware, £50 for SME services including help desk and £130 for the enterprise cloud services suite.

Not all government customers will want to consume these services, and they come at a 47 per cent premium to the renewal price of £88 for the legacy stack (Office Pro, Core CAL and Windows upgrade).

“Where government customers are consuming cloud services, financially they will be better off,” stated Microsoft.

“If you were to directly compare costs under PSA12 with those after the agreement has ended, you would see that some products have increased in price whilst others, primarily relating to Public and Private Cloud, have decreased.

“This is why a substantial transition period has been put in place and it also assumes that public sector customers would still be purchasing and using on-premise software, which would go directly against the UK government’s cloud-first policy."

Channel critics of the change said Microsoft’s assumption that no management is required for Office 365 was simply wrong, and pointed to an ecosystem of suppliers providing this service.

“Customers will still need a print server, and you can’t print from Office 365; they might need a proxy server, a local file server for particularly confidential data. This [£800] is not a true cost saving,” said one.

A mouthpiece at Microsoft UK told us renewing the old PSA “would slow UK public sector customers’ move to the cloud by encouraging the purchase of more traditional on-premise software instead of online services”.

Microsoft added that existing Enterprise Agreement customers will be allowed to renew for a further three years at the expiry of the current agreement “at broadly comparable discount levels”.

Those with any non-annuity agreement have until 15 June to “commit” to an Enterprise Agreement Subscription at “broadly comparable discount levels to PSA12”.

"We have provided extra discount on Enterprise Cloud Suite and Server and Cloud Enrolment to drive transformation and cloud adoption,” the spokesman added.

So there you go, public sector people: you are getting cloud whether you want it or not. ®

Increased costs of running the registry business? Or more money for failed expansion?

Gartner: Global trade and politics sure look interesting. Yep. Oh, BTW, world+dog will still spend more on IT in 2019

Despite, er, you know the drill...