Bank of England could mint own brand of Bitcoin 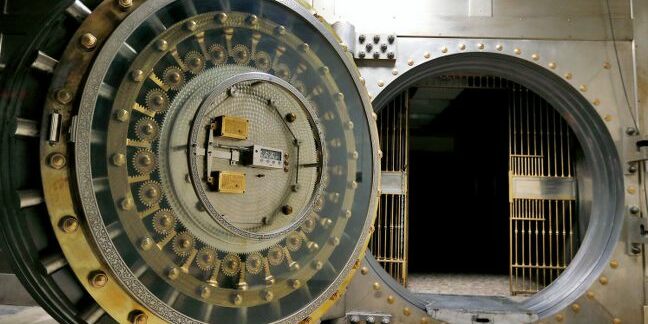 The Bank of England (BoE) has issued a piece of research suggesting, among other things, that it may not be a bad idea for it and other central banks to issue digital currencies.

The “One Bank Research Agenda Discussion Paper” is the BoE's attempt to kick-start new banking thinking. The paper therefore considers five themes, four of which ponder what role a central bank should play. The fifth, “Central bank response to fundamental technological, institutional, societal and environmental change.”

That section says one example of fundamental change Bitcoin and its ilk, for the following reasons:

“Digital currencies, potentially combined with mobile technology, may reshape the mechanisms for making secure payments, allowing transactions to be made directly between participants. This has potentially profound implications for a financial system whose payments mechanism depends on bank deposits that need to be created through credit.”

Also called out as game-changers are “... new business models, such as peer-to-peer lending and crowdfunding, which create alternative sources of finance for both individuals and businesses.”

Digital currencies, the paper says, are significant because they show “that it is possible to transfer value securely without a trusted third party.”

“While existing private digital currencies have economic flaws which make them volatile,” the paper says, “the distributed ledger technology that their payment systems rely on may have considerable promise.”

So much promise that the paper says digital currency “could be used as a new way of undertaking interbank settlement, or it could be made available to a wider range of banks and NBFIs [non-bank financial institutions. In principle, it might also be made available to non-financial firms and individuals generally, as banknotes are today.”

The BoE thinks we can't rush into such a scheme before first getting security right and “without compromising a central bank’s ability to control its currency”.

A universal value transfer standard would also be required: the paper says the equivalent of HTTP for money will be needed and that setting up such a platform on which digital currency apps could operate would be very, very complex.

The paper also ponders what peer-to-peer lending means for banks, given that it takes away their role as an aggregator of deposits and lender of collected funds.

At a macro-economic level, the paper suggests “... the changes that may arise from technology-enabled alternative finance could have implications for all areas of central bank policy, including monetary policy, microprudential policy and financial stability policy.”

“For example, they could alter the transmission mechanism of monetary policy. And if they grow sufficiently, they could be a source of macroprudential and microprudential risks, with potential implications for regulation.”

The Bank's also released six new open datasets and kicked off a visualisation competition for those willing to play with them, further signs the BoE really is trying to make a fist of this newfangled technological stuff. ®

Bank of England takes a break from opining on banks' IT outages to 'fess up to forking needless cash on legacy kit, manual processes

Might want to stop throwing stones for a while...

Bank of England: What's all this then, CHAPS? Review to get a grip on IT cockup