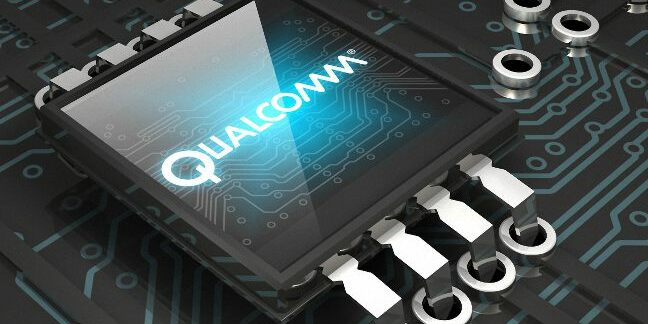 The new system-on-chip (SoC) components include support for LTE Unlicensed (LTE-U), an extension of the LTE Advanced protocol that runs over the 5GHz band, which is less tightly regulated by the Federal Communications Commission than the bands used for traditional mobile networks.

The idea is that many small, lower-powered cells based on LTE-U could be deployed to improve signal reception in high-traffic areas like train stations, malls, and even offices.

"As the Internet enters a new phase of growth, in which more devices are connected and share richer data, there is a need to cost effectively address the challenges of a 1000x increase in mobile data traffic," Qualcomm executive veep Matt Grob said in a statement. "To do this, we need a combination of more spectrum, more efficient use of existing spectrum, and more small cells."

LTE-U won't be alone in the 5GHz band, though. Recent generations of Wi-Fi connectivity, including 802.11n and 802.11ac, also use it. To address this issue, Qualcomm says it has built in a number of protection features to ensure that LTE-U signals won't interfere with Wi-Fi networks.

"In many cases, shifting traffic from Wi-Fi to LTE-U can actually improve performance for Wi-Fi users, due to the efficient way that LTE uses the unlicensed spectrum," Qualcomm said.

LTE-U isn't the only solution to the mobile bandwidth congestion problem that has been proposed. Several US carriers have been deploying various kinds of short-range LTE "small cells," with some success. But Qualcomm says LTE-U can provide better performance than plain-vanilla LTE over unlicensed bandwidth.

Where LTE small cells have an advantage over LTE-U, however, is that they will work with existing phones. To pick up an LTE-U signal on the 5GHz band, a phone will need to incorporate Qualcomm's WTR3950 receiver, which is just one of the LTE-U components the chipmaker expects to roll out in the second half of 2015.

The others include LTE-U enabled versions of Qualcomm's FSM99xx SoC family for small cells and the FTR8950, a 28-nanometer dedicated LTE-U transceiver.

Qualcomm says it plans to run a number of live LTE-U demonstrations at this year's Mobile World Congress, which kicks off in Barcelona next week. ®

No, it's not Intel's 5G chip Apple is ditching – it's the Sunny Peak Bluetooth, Wi-Fi part