The 1990s was a period of pretty dramatic change in TV. And no, we don't mean the launch of Channel 5. That, astonishing though it seems now, wasn't until 1997. For most of us, the 1990s was when TVs started to get larger, chiefly thanks to the advent of two technologies.

The first was wide-screen, and as was often the way in the UK, some of the first sets appeared in the rental market. My first wide-screen set was a Nokia PalPlus telly, courtesy of Granada, better known for their own-brand Finlandia sets. 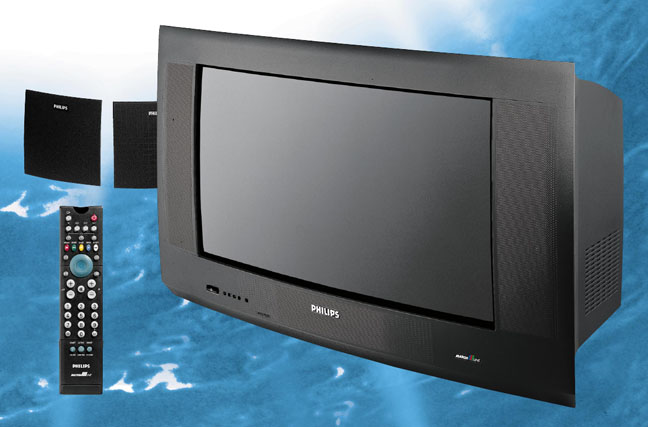 Back in those days, there wasn't a huge amount of wide-screen for most of us to watch, unless you got seriously into Laserdisc. However, from 1994 Channel Four broadcast its movie show in PalPlus, and some Saturday afternoon films as well.

Though the replacement of valves by transistors (and the ditching of wooden cabinets for plastic) meant that these modern sets were less of a beast than the early colour ones, the technology still imposed limits on screen sizes. Back in 1992 a Philips advertisement for wide-screen sets quote the largest 'direct view' set was 36-inches. 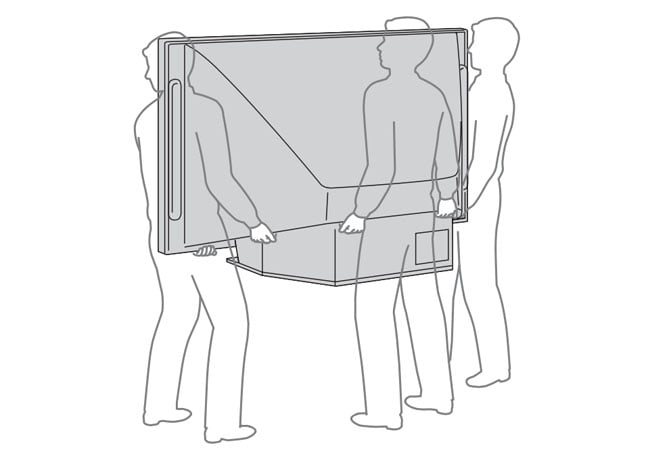 The osteopath's friend: big CRTs were very heavy and shifting a rear projection TV was a three-man job

If you wanted anything bigger than that, the sheer size and weight of a CRT meant other solutions were needed. At the time, the 46-inch model in the Philips range was a rear projector set. Pioneer's Elite RPTV series went up to a massive 64 inches – though frankly few Brits would choose something that massive.

Although they didn't take up as much space as an equivalent CRT would have done, rear-projection sets like these still required around eighteen inches of depth, and had a huge base cabinet. They could also be pretty fiddly to set up. Although digital projection tech did give RPTV a second wind they were overtaken by improvements in LCD, so no one makes them anymore. Sony's Silicon X-tal Reflective Display (SXRD) lives on in its projectors though.

There were other ways of getting a bigger picture, of course. One was the plasma screen, which started to find its way out of meeting rooms, and into the home. But some of those early ones, despite being large, were decidedly poor on the resolution front, with some only managing 480 lines.

And the alternative, a projector, was still a technology that, at least for serious home use, was a long way from maturing, relying either on pretty poorly illuminated, low resolution LCDs or multiple tubes that had to be carefully aligned. Sony's 1995 CPJ-100E, for example, would set you back around £1000, and boasted a mere 170,000 pixels.

Next page: A new century
Page: