C'mon! Greece isn't really bust and it can pay its debts

Not that anyone will be willing to admit it 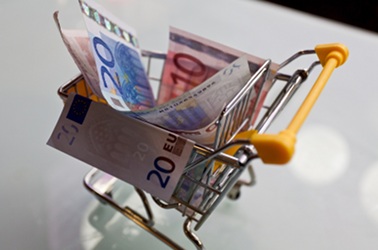 One monetary policy to rule 'em all ... and in the darkness, bind them

One of the features of the EU and the Eurozone is that we don't have, except in the most trivial sums (sure, tens of billions, but compared with GDP of €15 trillion or so, piddling) an integrated fiscal policy. But we do have the one monetary policy. And that one monetary policy is over much, much, too large an area.

It has been said that if Germany and Benelux had been the only people in the euro then it would have been fine. Allowing France in made it a bit wobblier. Portugal, Spain, Italy, Greece, should never have been allowed anywhere near it.

To give an example, in the early 2000s, Germany was in an economic bind, it desperately needed to reform its labour market (it did, under Hartz IV, and it worked very well) and it needed low interest rates while it did so. So, down came euro interest rates (partly on the basis that Germany said so, but also on the grounds that Germany is by far the largest single component of the eurozone economy).

This entirely screwed Ireland and Spain, who immediately went on vast property speculation surges. This is what happens when interest rates are too low for a specific location: but they've got to be the same as in other places with the same currency all the same. And absolutely the same would have happened in the UK if Gordon Brown hadn't stopped Tony Blair taking us in.

We've also had much the same in reverse these past six years. Monetary policy has been, in the eurozone, absurdly tight. For at least some countries that is. It was Milton Friedman (with Anna Schwartz, in Monetary History of the United States) who got it right about what the Fed had done in the Great Depression.

No, the Depression wasn't a result of the Crash of '29. Rather, it was a result of the Fed allowing the money supply to collapse following that. This is now the accepted wisdom, to the point that Ben Bernanke actually announced, in a speech, to the ghost of Friedman: “Milton, you were right. We got it wrong and we're not going to do so again.”

And thus all that quantitative easing and unconventional monetary policy that has been going on.

And the results bear it out too: the UK, US, the other places that have been doing QE have had a hard time of it, but it has been a bad recession, not a depression. Those places that have not had QE, ie the eurozone, have been shafted. For goodness sake, the ECB was raising interest rates three years ago. Even while the Spanish, Greek, Portuguese economies were in the toilet.

The real lesson of this economic shock has been that monetary policy really, really, matters. Rather more than fiscal policy does in fact. Still matters, in the jargon, at the zero lower bound which was where everyone thought it didn't matter at all.

But the other one is that what I and everyone else (including, obviously, Milton Friedman) were saying back in the late '90s as the euro took form were right. The first time some asymmetric shock hit this currency area that was too large to be optimal, then certain areas of the economy were simply going to be screwed. That first asymmetric shock was Germany needing low interest rates leading to the property booms elsewhere.

The second, of course, was the crash of '08, meaning that certain areas, Greece, Portugal and so on, needed much looser monetary policy that, say, Germany did. And it's that fact, that monetary policy will be, must be, the same in a currency bloc that damns the euro as an economic idea. It's simply spread out over too large an area. And yes, we did all say so.

What has cratered the Greek economy is not austerity, it's not fiscal policy and it's not the debt burden: it's monetary policy. The country needs and has needed vast amounts of QE all along. And it hasn't been getting it: thus cratering.

All of this makes the attitudes of those breathing sighs of relief at not having to throw Greece out of the euro somewhat darkly amusing. Because it's actually the euro, along with the one-size-fits-all monetary policy a single currency imposes, that has really caused the problem in the first place. ®