Flash array response times climb as load increases, with good ones able to delay the response time uptick for longer.

HDS blogger Hu Yoshida showed a chart produced from SPC-1 benchmark data showing how different flash arrays behave in response-time terms as the SPC-1 percentage benchmark task load increases from 10 per cent up to 100 per cent. Here’s the chart: 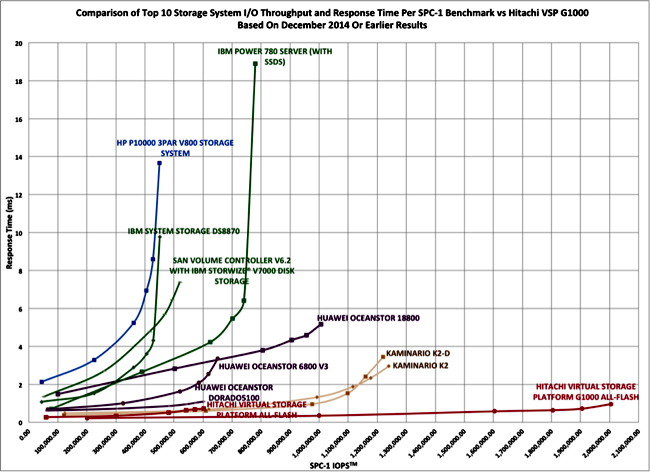 For all the vendor systems shown, response time (ms) climbed as the percentage benchmark task load increased from 10 per cent to 100 per cent. This is true for audited SPC-1 benchmark results – we have no other data. So, within this set, the chart shows HDS' VSP G1000 doing best of all, with some other systems climbing above the 2ms level as the load – expressed in IOPS – increases.

The HDS blogger doesn’t include NetApp’s latest EF560 benchmark results on the chart. We’ve copied them from the SPC-1 disclosure report: 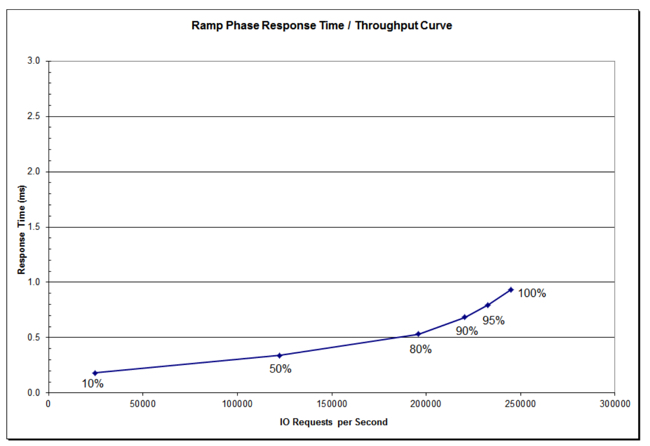 This certainly isn't a hockey stick-style curve and shows that the 560 has quite consistent latency within its load range. ®