MWC 2015 Former Nokia CEO Stephen Elop emerged from cryogenic storage at Microsoft to announce two new phones and give a glimpse of mobile Office for Windows 10. But not a lot – more will be revealed at Microsoft’s developer event, Build, in April.

Elop, who hasn’t been seen much since Microsoft completed its acquisition of Nokia’s devices unit last year, made a welcome return to emphasise Microsoft’s pitch this year: value-for-money phones for business.

“You can get three Lumias with similar specifications for the price of one flagship competitor,” Elop said.

And to sweeten the deal, Microsoft is bundling a year’s subscription to Office 365 (with one extra mobile client licence) with one of its new devices. You also get 60 landline minutes a month and 1TB of data. 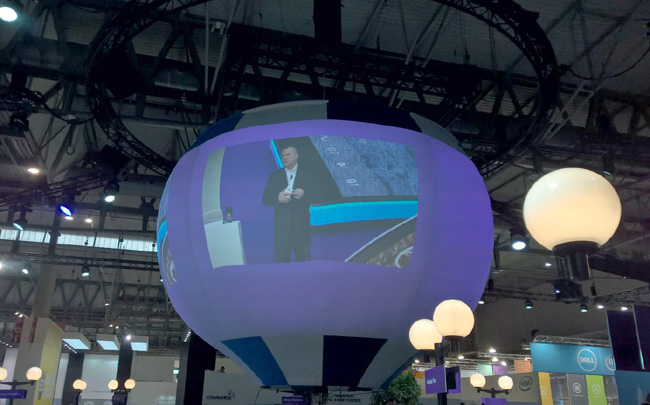 A rare sighting of Stephen Elop – speaking from inside a balloon suspended over the show floor at Mobile World Congress, Barcelona 2015

There are more details here. 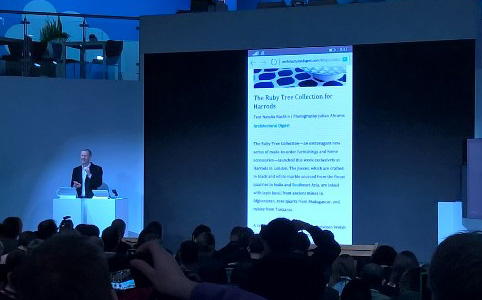 A first glimpse of the new browser, codenamed "Spartan", running on a Windows 10 phone

A little more of mobile Office was shown off – these being Universal apps, they have a strangely bland and generic quality. Universal mobile Office has a desktop-style hamburger menu that looks plain odd on a mobile. But few will care if the functionality advances – Office for Windows Phone has languished for years. Outlook was shown with inline editing of the sent text in a reply, and attaching files from inside a message. Basic stuff, but it had been missing from Windows Phone so far. ®