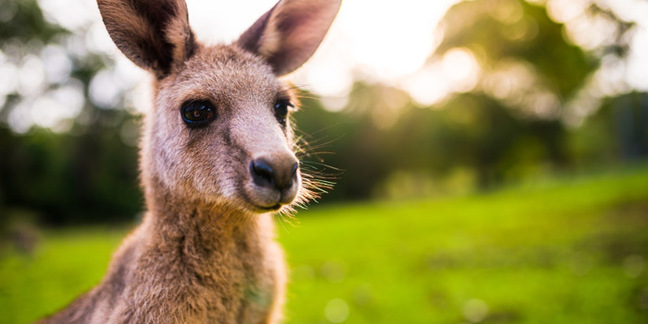 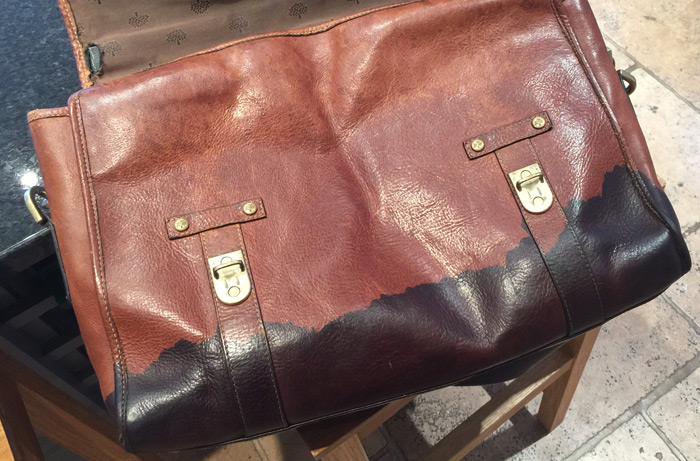 Speaking to our Bootnotes department while recuperating with a very large brandy at the bar of a West London gentlemen's private club, the rattled exec explained that the smallest of apertures in a can of Kronenbourg flooded his bag, in the process completely screwing his laptop, phone and headphones. 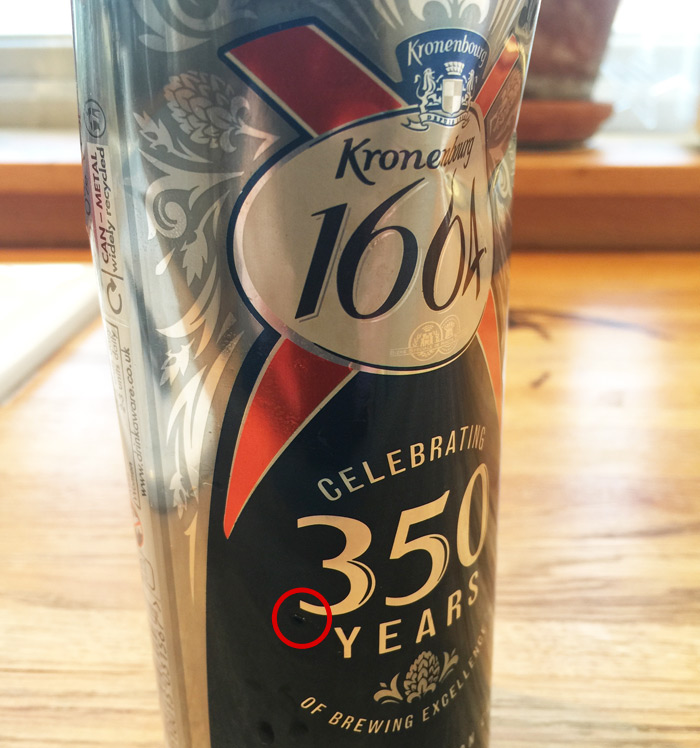 We have no doubt that readers can tell similar shocking tales of beer-related mishaps, but what really caught our attention here is the effect of ale on Linus's deluxe kangaroo-skin Mont Blanc pen case (indicated).

Suffice it to say, emergency dessication treatment left the extravagant pouch dryer than a nun's chuff, and useful only for buffing the brightwork on the Maserati.

While mobes and lappys can easily be replaced, Linus tells us he will now have to take the Vulture Central executive jet to the Lucky Country to obtain a replacement.

Pending his arrival, the staff at Vulture South have been removed from news duties and are frantically attempting to source something suitable, as well as a few puncture-proof tinnies.

Forensic examination of the offending Kronenbourg receptacle has revealed it was likely damaged by "something which had no business being in the case in the first place", as an anonymous Reg lab technician put it.

When pressed for the likely culprit, he said: "Almost certainly the nib of one of those overpriced bloody Mont Blanc pens, lubricated with kangaroo-skin oil". ®

*Many years ago, Linus ill-advisedly admitted to Reg hacks that prior to entering IT publishing, he'd been involved in the shady fringes of the Merseyside wet fish trade, and hence the nickname was born.

SoCing it to the ARM-powered nodes

Jeff Bezos finally gets .Amazon after DNS overlord ICANN runs out of excuses to delay decision any further

Analysis Persistence pays off for online super-souk, but not for South American states

Muscling in Arm supers message on road to exascale

It's for the grater good

And we return to Munich's migration back to Windows – it's going to cost what now?! €100m!

Why are you doing this?

BOFH: Sure, I could make your cheapo printer perform miracles

Episode 4 Just as sure as a cattle prod goes BZZZZZT!!!