Soz ex-staffers, we want people who can smarten up Watson-as-a-cloud 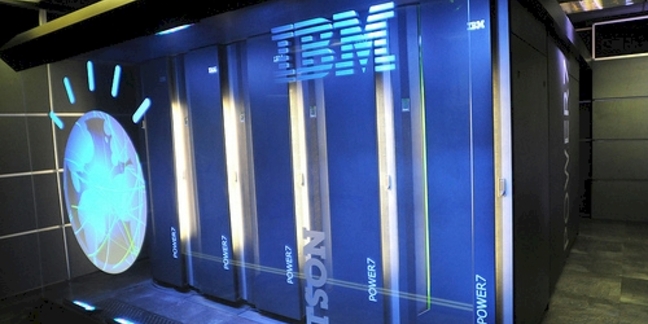 Big Blue has taken a break from its busy axe wielding cost-cutting schedule to buy startup AlchemyAPI and insert 40,000 developers into its "community".

The sale is part of IBM's move to rejig its traditional hardware and software biz after posting 11 consecutive quarters of declining sales.

The company opened its IBM Watson unit in January 2014 in a bid to give the supercomputer something to do more than two years after it annihilated its human opponents on Jeopardy.

Financial terms of the deal were not disclosed. However, IBM said it has set aside $100m (£66m) for investments in cognitive app startups - part of the $1bn (£655m) it is investing in the "Watson-as-a-cloud" unit.

Despite its massive redundancy programme, IBM is still hiring in areas such as the cloud. There are 162 vacancies at IBM posted on LinkedIn.

Elliot Turner, founder of AlchemyAPI, said: “Today is the start of a new journey for AlchemyAPI, our customers and our user community, as we join IBM, the leader in cognitive computing." ®