Pics A team led by Microsoft co-founder Paul Allen has located the final resting place of monster Japanese battleship Musashi, some 70 years after she was consigned to the depths off the Philippines during the 1944 Battle of Leyte Gulf.

The discovery marks the end of an eight-year search for the sunken behemoth, according to Allen's website, which explains: "The ship was sunk during World War II and, despite numerous eyewitness accounts, the exact location of the ship was unknown."

"Using historical records from four different countries, detailed topographical data and advanced technology aboard his yacht, M/Y Octopus, Mr. Allen and his team discovered the wreckage in the Sibuyan Sea off the Philippines on 1 March, 2015."

The first images captured by the expedition's Octo ROV at a depth of over 1,000m include the bow, now missing its "large teak chrysanthemum". 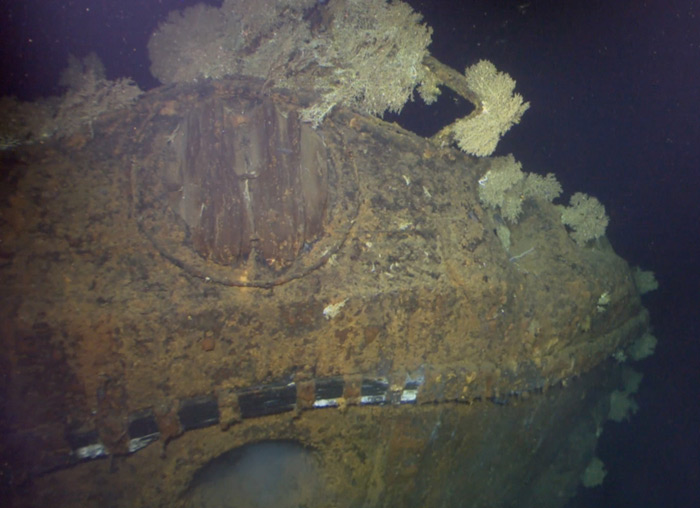 And then there's the 15-ton starboard anchor: 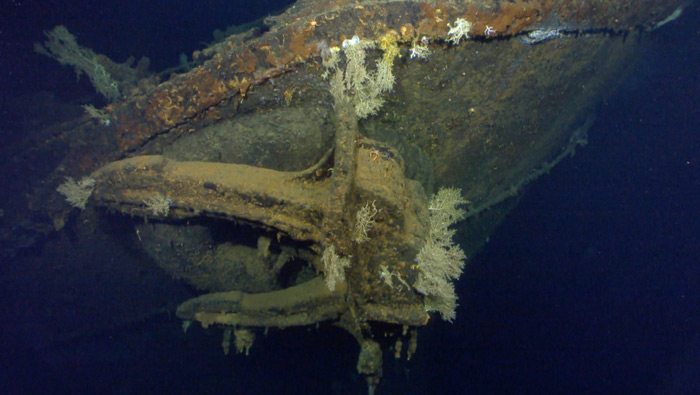 Musashi was commissioned in 1942. With a loaded displacement of 72,800 tons, she and her sister ship Yamato were the heaviest battleships ever built. They were also the most heavily armed, packing a principal armament of nine 46cm (roughly eighteen-inch*) guns in three turrets, as seen below. 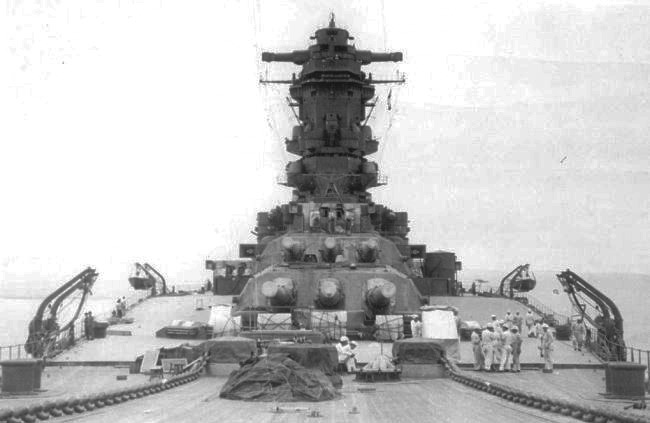 However, despite also boasting twelve 127mm and 36 25mm anti-aircraft guns, the vessels proved fatally vulnerable** to air attack if caught without adequate air cover – which they could not provide themselves.

On the morning of 24 October 1944, Musashi was steaming to intervene in US landings on the Philippines in Leyte Gulf. Spotted while crossing the Sibuyan Sea, she was attacked by aircraft from the American carrier USS Intrepid, followed by further strikes from sister carriers USS Essex and USS Lexington. 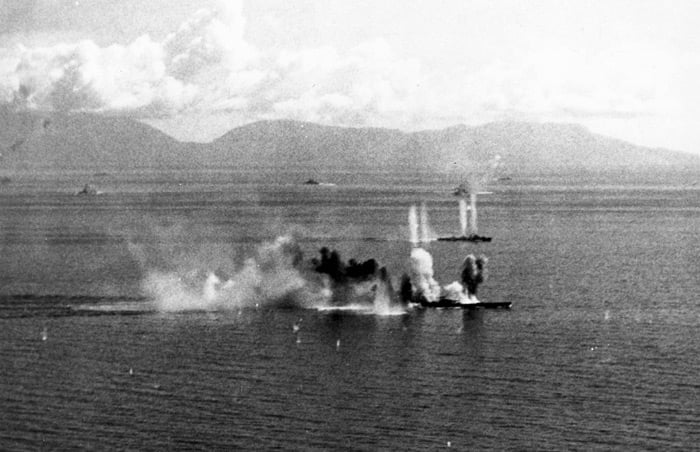 Allen's website says that the discovery of Musashi's remains "will not only help fill in the narrative of World War II’s Pacific theater, but bring closure to the families of those lost". ®

*The most powerful guns which have ever gone to sea, by most measures, and some of the most powerful ever made. The WWII "Schwerer Gustav" railway-mounted 80cm siege gun was one of the few weapons in the class that might claim to be more powerful. The Type 94s' actual calibre was kept a secret, the intention being that the Allies would think they were relatively normal 16-inch weapons of the sort found on US and British battleships. Sadly perhaps, these mighty guns never got the chance to fire at any enemy battleships – the target they were designed for. – Ed

**Yamato survived the Battle of Leyte Gulf with some bomb damage. She was finally sunk on 7 April 1945 by US aircraft while attempting to attack US forces landing on Okinawa.