Canadian bloke refuses to hand over phone password, gets cuffed 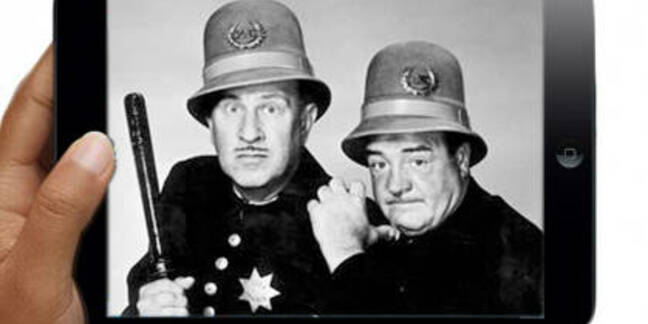 A 38-year-old Canadian citizen has been arrested for refusing to hand over his smartphone's password to border agents.

Alain Philippon, of Sainte-Anne-des-Plaines in Quebec, arrived at Halifax international airport in Canada from the Dominican Republic on Wednesday – and was selected by the Canada Border Services Agency for further screening.

In the course of that search he was asked to provide the password for his phone but refused. He was charged with “hindering or preventing border officers from performing their role,” according to CBC.

Philippon was released on bail, and is reportedly willing to challenge the decision when he heads to court on May 12. That challenge would create an interesting legal case in an area of increasing importance: digital "goods" and the right to privacy.

While border officials are given much broader search powers than other authorities, the issue of whether a Canadian border agent is entitled to demand access to the contents of Canadian's private phone or laptop has not been tested in court.

The agents rely on a interpretation of the word "goods" from legislation written long before smartphones started storing huge amount of personal data. While there is no argument that border agents are entitled to search within people's luggage, the question of what "inspection" refers to remains uncertain.

An agent can inspect a phone or laptop from the outside, but should they be entitled to compel someone to provide access to its content and if so under what grounds?

And in the US?

In the United States, where the same issue has received some attention, the law allows Homeland Security to search electronic devices.

Senior staff attorney at the ACLU in Northern California, Michael Risher, told The Register that there is an important distinction between the right of the authorities to search your possessions, and the ability to force someone to provide their password to gain access to an electronic device.

The former comes under Fourth Amendment rights (unreasonable searches and seizures) and the latter under the Fifth Amendment (not be compelled to be a witness against yourself).

At the border, the authorities have significant leeway over fourth amendment rights, i.e. they are allowed to search your possessions, but not over fifth amendments rights, so, in Risher's eyes at least, they cannot compel you to hand over your password.

There have been a number of divergent court decisions on both issues. Last year, the New York District Court upheld the policy that border authorities can search laptops and other electronic devices in a case involving graduate student Pascal Abidor, who was taken off a train entering the US at the Canadian border and had his laptop searched.

Abidor and civil liberty groups sued the American government in 2010 to scrap the 2009 Homeland Security directive that allowed for laptop search even where there is no "reasonable suspicion" of wrongdoing. The decision was not appealed.

But, Risher told us, a court in Atlanta ruled that unless the authorities had already seen material that they considered illegal, they could not compel people to grant them access to electronic devices. Those rules may also be different based on whether you are a US citizen or not.

The fact is that the law is extremely unclear. Risher saying he suspects the final compromise will come with the authorities, not able to compel people to provide access to their electronic devices, asserting their right not to allow the goods to enter the country.

In other words, you don't have to hand over your password, but if you want to bring your phone into the US you may well have to. But that is all some way off and probably waiting on a Supreme Court decision some time in the future.

Sound of the police

Of course, this only covers border agents. The law takes a different stance when it comes to searches by the police.

In July, the Supreme Court unanimously ruled that cops need a warrant before they can search the phones of anyone they arrest, wherever they are in America. It was a landmark ruling hailed by many as the first case of its kind in the digital era.

Things do get more confusing again, though, when you consider that border agents' power extends far beyond the actual border or airport. They can act within a 100-mile zone from any edge of the US, which encompasses just about every major city in America and covers around two-thirds of the US population.

The ACLU has provided a handy map to show the extent of the rule.

While border agents are entitled to stop people within that zone, they need to have "reasonable suspicion" of a crime to do so, and they would need a warrant or have "probable cause" to search a vehicle and your electronics.

In short, if you are at a US border crossing or airport, your phone and laptop can be searched legally. If asked for your password, you can refuse but you can expect to either have your possessions impounded or be arrested. Note: that's why things like TrueCrypt with hidden volumes were invented.

If you are not near a border or airport, you can refuse to let someone search or unlock your gear unless they have a warrant, but you'll probably need a lawyer to get you out of jail a few hours later. Freedom! ®

This article was updated at 2305 UTC to include advice from the ACLU's Michael Risher.