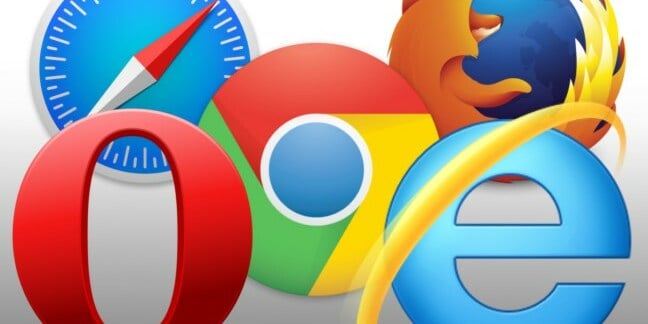 Google and Firefox have upgraded their flagship browsers, crushing bugs and cracking down on bad certificates along the way.

The Choc Factory's Chrome 41 swats 51 bugs of which at least 13 are classified as high severity and six considered medium risks.

"We would also like to thank all security researchers that worked with us during the development cycle to prevent security bugs from ever reaching the stable channel," MacNeil says. Here's this month's ameliorated messes:

Mozilla's updates Firefox version 37 include a revocation feature to bolster the killing of bad intermediate certificates.

The OneCRL replaces the Online Certificate Status Protocol which is less effective because it relies on third parties to keep updated registries of their valid and revoked certificates. Certificates were often accepted as soft-fails when the status could not be determined due to some technical or connectivity failure.

Mozilla's new list operates in the browser and is populated by issuers who push certificate status instead of the browser having to do the fetching.

This block-list, already used for blacklisting bad plugins and drivers, will now speed up checking times because it avoids the need for Mozilla to push out updates that require browser restarts, Mozilla security boffin Mark Goodwin says.

"OneCRL helps speed up revocation checking by maintaining a centralised list of revoked certificates and pushing it out to browsers. Currently, if a serious incident occurs that requires certificates to be revoked, we release an update to Firefox to address the problem.

"This is slow because it takes some time for users to get the security update and restart their browsers. There’s also cost involved in producing an update and in users downloading it."

Goodwin points to a blog by Google guy Adam Langley who said last year that the old revocation checking did little to improve security.

OneCRL for now covers intermediate certificates to reduce the size of Mozilla's blocklist and will be later sped up by automating the collection of revoked certificates. ®