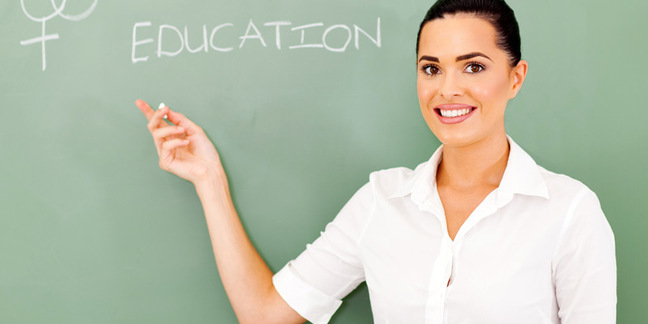 Australia's proposed digital technologies curriculum, which would see kids taught computational thinking for the first ten years of their schooling, has been parked again.

The curriculum's development was spurred by industry concerns that Australia's not producing enough skilled technologists to meet employer demand or foster innovation, with a dash of coding-for-kids-must-be-good bandwagoneering in the mix too. But the curriculum has not to date been officially endorsed, as it was parked when Australia's government decided to review the national curriculum.

That review recommended that the primary school curriculum be made less crowded and that a discrete digital technologies subject should not be included in secondary schools.

The government yesterday acted on that review, combining history, geography, civics and citizenship and economics and business into a single combined humanities and social sciences subject for primary schools.

But the process of the curriculum review continues. The Australian Curriculum, Assessment and Reporting Authority’s (ACARA's) general manager, curriculum, Doctor Phil Lambert told The Reg the Authority is reviewing all curricula to determine if any of the ground they cover could be omitted. That review is in line with the government's desire for a leaner, less-crowded curriculum.

That review is ongoing, will be presented to the ACARA Board in June and could, Doctor Lambert said, result in alterations to the Digital Technologies curriculum.

It's expected that this phase of the review will see revised curricula put to a future meeting of the Education Council, the body comprised of State and Federal education ministers. The Council has the power to endorse curricula for inclusion in the national curriculum, and currently has meetings set down for May 8th and December 11th.

Doctor Lambert said the latter meeting is the more likely to make decisions on endorsing curricula.

This means the Digital Technologies curriculum, which was completed in late 2013, will likely remain unofficial until December.

There is good news for those who believe more teaching of digital technology is appropriate in Australian schools. The first is that Doctor Lambert told us “we are very positive about digital technologies” and said that if any reductions are made to the curiculum the appropriate stakeholders will be consulted.

The second is that Australia's States and Territories can chose to develop their own curricula without waiting for the long process of waiting for national curricula to be signed off.

The national digital technologies curriculum was the first of its type in Australia and was developed in order to foster innovation, but now looks likely to exist in limbo without official endorsement and subject to redrafts for around two years.

As we've previously noted, even after curricula are signed off, it takes a year or two before teachers receive the training to deliver them and schools secure the resources to do so. With digital technologies now looking set to be signed off in late 2015, Australia's ability to innovate at speed has never looked like it needs more improvement. ®