Analysts had been expecting revenue of $24m. 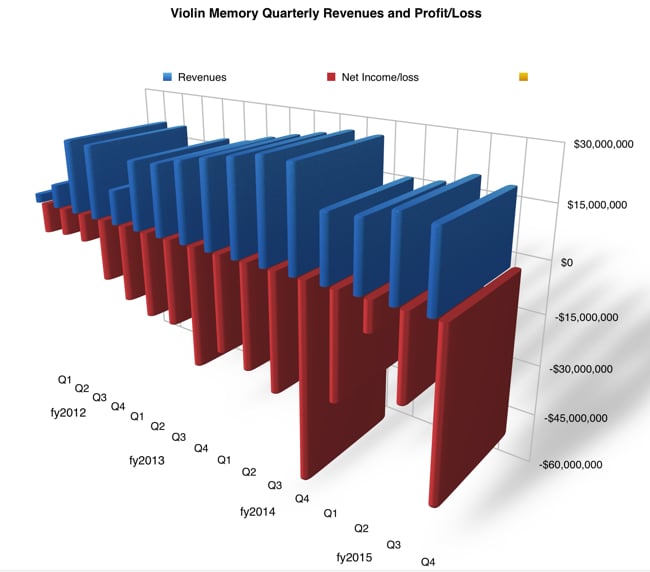 Why is there a revenue shortfall in the latest quarter? CEO Kevin DeNuccio attributed it to "a rapid transition to our new Flash Storage Platform (FSP), affecting fourth-quarter revenue as we experienced some related customer timing issues."

"Qualification issues" were also mentioned in the earnings webcast (registration needed). In short, customers didn't buy enough kit because they were taking too long thinking about the new products.

DeNuccio said major product transitions are difficult to execute, especially as a single product line company. Violin thought it had built enough backlog in the prior quarter; it hadn't and what it had built couldn't offset the timing issues. Customers didn't want to buy old 6000-series products, meaning inventory had to be written off. Violin was, we think, surprised by the speed of the transition in customers' thinking.

Interestingly, the Americas region was more affected by this timing/qualification problem than Europe and Asia-Pacific. 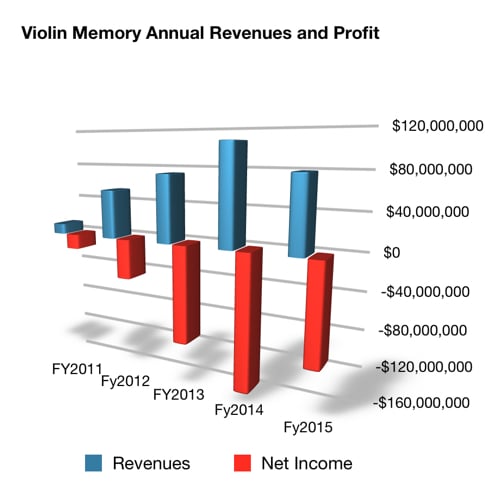 The FSP shipped to six customers in the quarter, the majority to Europe, driving just over 10 per cent of Violin's revenue. De Nuccio said customers are now qualifying the FSP and transitioning to it quickly. It was priced as low as $1.50/GB in effective capacity terms and this – together with its comprehensive and integrated data services – should help accelerate the transition from disk to flash.

He's optimistic about FY 2016: "Looking forward, we're confident in our ability to grow 10 per cent or more on a sequential quarterly basis in fiscal 2016."

The actual guidance for the next quarter is for revenues between $21m and $24m, with $22.5m predicted for the mid-point. FSP shipments should represent more than 50 per cent of that. DeNuccio said Violin should make a steady march towards profitability from now on, but no timing prediction was made. ®