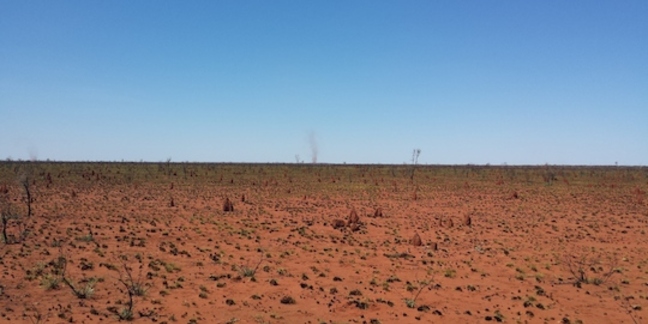 One of the things we've been asked about our project to figure out how to improve network performance at the Wirliyajarrayi Learning Centre in the remote Australian town of Willowra is why we are bothering.

It's a decent question to ask because Australia is building a new Long Term Satellite Solution (LTSS) that promises multi-megabit connections to remote areas. So why not wait and let that provide Willowra with all the capacity it needs?

One answer is that the LTSS doesn't land – sorry, doesn't take off – until sometime in 2016 (the birds are due for launch late this year).

Another is that while there's more raw capacity in the LTSS, it still doesn't get rid of physics. There will still be a half-second round-trip time between Willowra and the ground station that provides its Internet gateway.

This is a pain in the neck for TCP and always has been – IETF RFCs to deal with it date back to the 1980s – and it's at its worst when the link is getting hammered.

Third, the links will be hammered, especially at peak times. The constraints on a satellite downlink beam are such that whatever the peak available, NBN Co will probably end up provisioning an average capacity of around 150-200 Kbps per user.

And that takes us back to something we discovered way back on our first visit to Willowra: the machines there are all switched on all at once hammer the link asking for update requests, which chokes the available bandwidth (and will probably continue doing so when the new satellites are in place).

That poses a challenge – the router itself is locked away and we're not yet sure who has the right to unlock it long enough to plug in a blue cable and run a ping test.

Why would it matter? Because the Wi-Fi runs through a third party server which provides content filtering, not just for the Willowra site, but for other sites as well.

That could add an unwanted hop to the link, but also it could also make it difficult to use an off-the-shelf bandwidth optimiser to help save bandwidth. We can't, for example, just run up a virtual appliance in the cloud; there's not one simple point-to-point path the connection follows, and if you're running bandwidth optimisation and filtering, its better to have them both in the one place.

And if we can figure out a way to get rid of one extra side-path, the one to the filtering server, that would be an added bonus.

Mind you, it also gets us thinking that Australia's satellite ground stations are an ideal place for a bandwidth optimiser. Perhaps that's what we ought to try in the long run … ®