Hive by British Gas and Google-owned Nest are well known in this new generation of wireless heating control, but Honeywell has been busy too. Its new Evohome system uses "smart zoning" to enable heating temperatures to be set at different levels in separate rooms throughout the home, which can be controlled by an app remotely. 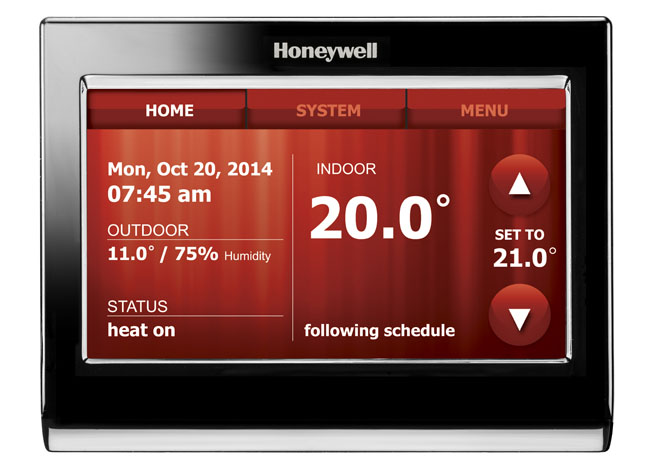 Taking it to the next futuristic level, Honeywell offers its Voice Controlled Thermostat for £229. On opening the front door you can say something like, “Hello thermostat, turn up the heating to 22 degrees.” The reply? “Hello, the heating is now being raised.”

Turning up the temperature on the connected home concept, there is much more is to come in 2015. At the Consumer Electronics Show in January, Google showed how it is working to connect Nest to other smart home devices such as the August Smart Lock. The idea is to trigger turning home heating on or off by simply opening or closing the front door. How this will work with other occupants is unclear. Motion sensors perhaps but whether you will end up giving granny the big chill when you go out during her afternoon nap, remains to be seen. 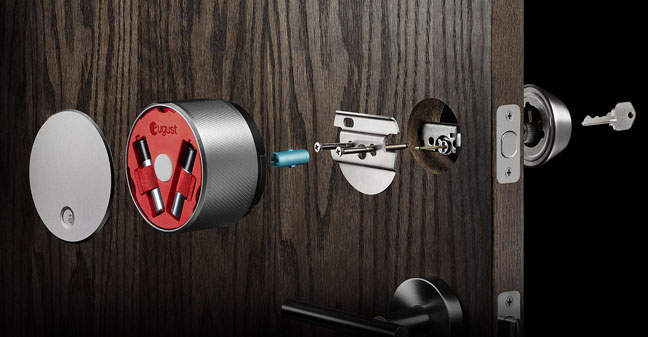 August Smart Lock: when those batteries die and your phone is out of juice things might smart a bit

Other players in this appliance-connected market include Panasonic and LG, who have signed up to the AllSeen Alliance, with Electrolux the latest to join as the first appliance-only company to choose this do-it-together approach. Along with over 60 members including Sharp and Sony this group of companies is building upon the AllJoyn open source framework, a protocol initially devised by Qualcomm which continues to lead its development.

LG has also announced that all its products going forward will be connected and that it is currently working with Nest Labs to offer compatibility between LG and Nest devices. Interoperability between devices is something the company is taking very seriously as a wealth of opportunities presents itself. 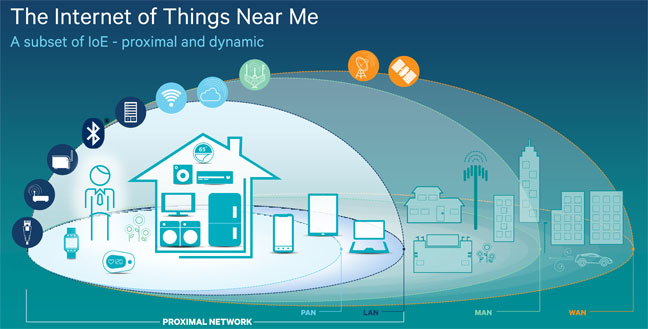 Indeed it seems that safety in numbers is the way forward, as LG CTO Dr Skott Ahn remarks: “We’re working with the AllSeen Alliance, of which LG is a founding member, to adopt the AllJoyn open connectivity platform. LG is also heavily involved in oneM2M (machine to machine), the global standard for IoT services, to adopt a broad connectivity that links devices around the cloud, allowing LG products to work flawlessly with any devices from any brands.” Well here’s hoping as El Reg discovered recently, even Wi-Fi controlled lightbulbs can have communications issues.

There remain a number of alternatives to the burgeoning AllSeen Alliance. Known for premium washing machines, German appliance maker Miele has opted for the Qivicon platform. Devised by Deutsche Telekom in 2011 and available since late 2013, the Qivicon alliance has 30 partner companies including Huawei, NetAtmo, Osram, Philips and Sonos, but it’s currently only available in Germany. It relies on the HomeMatic wireless protocol but also supports ZigBee.

A new entrant to the smart home market comes from Apple with HomeKit. Controlling heating, lighting, security and other home appliances via an Apple device will be possible. Users should be able to use one app to tie all Made for iOS (MFi) gadgets together. It’s yet to officially launch and no news yet of third-party white goods makers entering this platform.

Those signing up to HomeKit include Elgato with its Eve range of sensors that feature security products to inform you if you've left doors or windows open as well as monitoring for humidity, temperature and smoke. These products will be available in the UK later this year.

Likewise, NetAtmo has also signed up with HomeKit too – evidently you don't need to be exclusive to one platform – and has had a range of environment monitoring sensors on sale for a couple of years now and has recently introduced its own Thermostat. 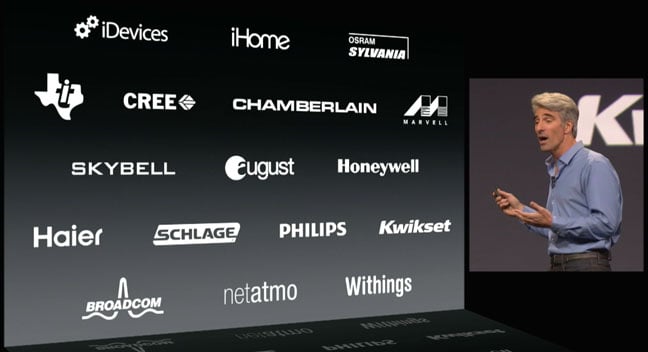 Announced at WWDC in June 2014, Apple's HomeKit has a growing list of partners

But how soon can we expect to have a fully connected appliance home? According to Jan Brockman, CTO of Electrolux, “The average home today has about 10 connected devices. I believe this figure will be around 50 in three to five years’ time.”

Fifty, eh? Well we've a few years to go so here’s the El Reg room-by-room experience of what the smart appliance world has to offer today…

Next page: The Smart kitchen
Page: