Watching the roasters go golden via live video from a tablet or phone is now possible as smart ovens are featuring a camera on the handle to see what's cooking. And if they aren’t already, cookbook publishers should be worried or better still, signing deals with appliance makers, as it’s so easy to find recipes with step-by-step instructions from the oven screen or from an app.

Furthermore, as this connected cookery comes on stream, companion apps by all competitors should be able to change the temperature and notify when the meal is ready. 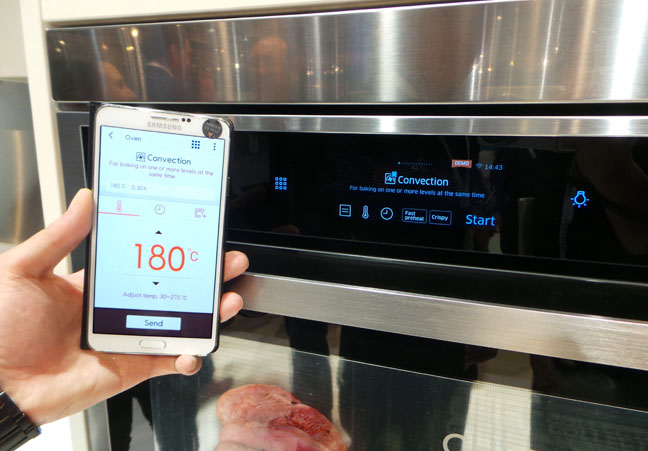 Do we need really these features though? Some may well scoff at the thought of cooking by numbers and appetising apps but there’s another way of looking at it according to Brockman, “Cooking is now seen as a more social event, not just a practical thing to be done in feeding the family – and most want to cook more like a chef.”

Samsung is the first to announce a UK launch date for connected cooking. In May 2015, the Chef Collection Oven hits the high street. It features Gourmet Vapour Technology – that's a steam oven to you and me – which assists with moisture and temperature control, along with a touchscreen display and Wi-Fi to operate the oven remotely with a companion app for iOS and Android. Prices have yet to be confirmed but it’s expected to be around £1,200. 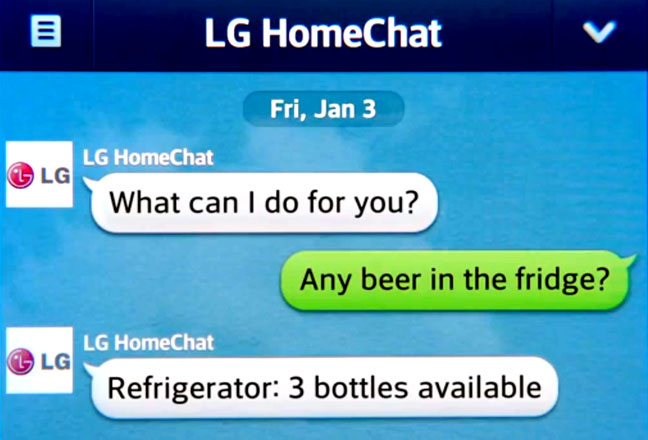 LG HomeChat has its uses

Already out in Korea but no firm date for UK launch is LG's Smart Lightwave Oven. The oven supports NFC and Wi-Fi to control from any location. LG Smart TVs with webOS detect the home’s connected devices and mobile devices use LG's HomeChat messenger to displays the status notifications with a simple pop-up on the screen. HomeChat covers a wide range of devices enabling simple messages to interrogate or instruct your appliances.

Other smart kitchen tech includes the LG Smart Refrigerator. A built in camera enables the photo of the contents of your fridge to be sent to a smartphone. Not a bad thing for forgetful types, but a costly way to avoid making a list. Maybe it’s just a way of finding out who has nabbed your beer. It could be a hit in student households and rental accommodation. Again, no UK launch date or price has been announced. 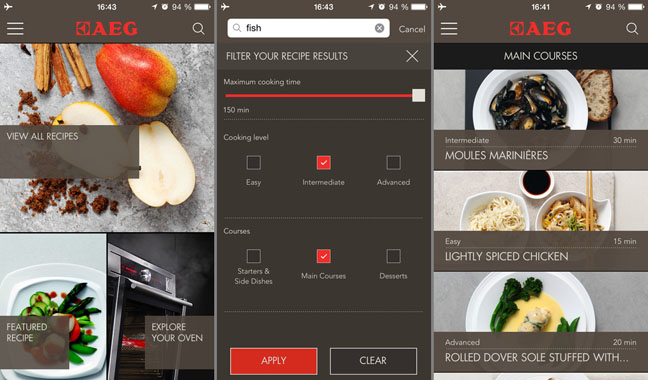 The latest entrant comes from AEG by Electrolux. At IFA 2014, the AEG Let’s Taste app for iOS and Android was on show along with the AEG connected oven. Live video showed cooking via an app on iPad or iPhone, but as part of the AllSeen Alliance, this could be via a TV app in the future. The planned launch date is for later this year in Germany, but a UK date and price are still to be confirmed.

Panasonic also featured connected kitchen appliances at IFA but had no plans at this stage to share UK launch dates.

If Smart Cooking is going to make us more social, what does a well-connected washing machine bring us? If Claire Maugham, director of communications at smart meter company Smart Energy GB is right, we might end up with more to line our pockets: “As smart appliances become more commonplace, your smart meter – from connecting with the smart grid – will be able to tell your washing machine or dishwasher when energy is at the cheapest price during the day or night, and set them to automatically come on at this time.” 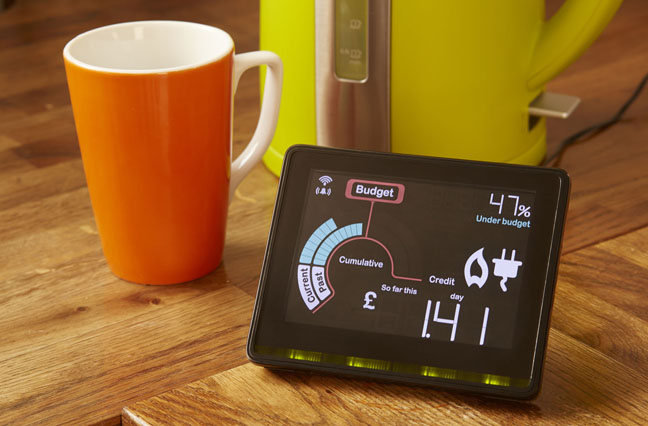 Smart Meter keeps you on top of your spending

How long before this is possible? Between now and 2020 every home across Wales, Scotland and England will be contacted to install a smart meter. There’s no installation cost to the homeowner but these gas and electricity meters will end the days of estimate usage and manual meter reads. Being connected to the grid, the smart meter can show you from a small monitor the exact usage and price for the energy source at any time. With no more meter men to pay to visit, this will obviously benefit the supplier, but the nation’s bored housewives may well suffer as a consequence.

Next page: Feed the meter
Page: