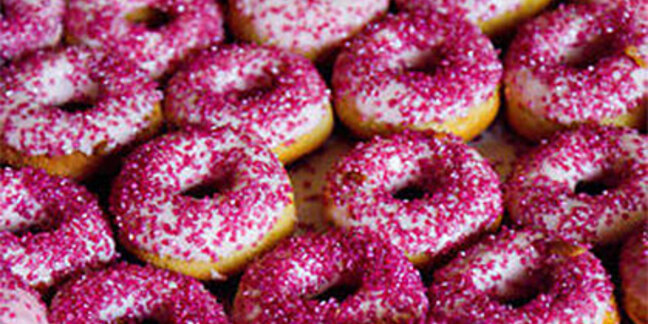 The first new top-level domain name to be sold with live websites attached to it has been picked up by registry giant Donuts at auction.

The rights to sell domains under the name ".reise" – which is German for "travel" – represents a sea-change in the way the domain-name system will run in future, with generic top-level domains (gTLDs) becoming tradable assets rather than the core focus of a business.

Donuts paid an undisclosed sum for the gTLD, but bidding started at $400,000 and there were four bidders in the process. Donuts already runs the ".reisen" registry, and according to a report in Heise it was the main reason why the owner of ".reise" decided to sell up.

"[Owner Axel] Schwiersch had unexpectedly bad luck: the US TLD giant Donuts had secured almost the same suffix: dot-reisen," Heise reports. "The US competitor was under better conditions at the start: due to a more favorable place at the draw, '.reisen' could launch two weeks earlier. In addition, Donuts offered '.reisen' domains much cheaper."

As things stand today, there are 4,130 dot-reisen domains but just 1,320 dot-reise domains. In many respects the two extensions are equivalent in German.

While there have been sales of domain registries in the past, the auction of dot-reise represents a new market reality.

The dot-co registry was sold for $109m in 2014 to market giant Neustar after it had been relaunched in 2009 and was redeveloped into a successful business focussed on startups. Likewise, the government of Tuvalu reached a $50m agreement back in 2000 for licensing the rights to its ".tv" registry.

The huge expansion in new "generic" top-level domains – from .london to .xyz – has radically shaken up the domain-name market, however. Before the expansion there were just 22 gTLDs: the most famous being dot-com. In the past six months, more than 500 new gTLDs have been added, with a further 500 expected in the next six months.

Of the 1,930 applications, 751 of them, or 39 per cent had one or more people applying, leading in many cases to private agreements or auctions to resolve ownership. Combined with delays in the process, high costs and lackluster registrations, a significant number of owners of new gTLDs are expected to sell up in the coming years.

In other words, .reise may be just the first sale of a live internet extension, and the market looks as though it will consolidate into a number of very large registry operators with a second tier of small operators who manage to find a profitable niche.

What does the future hold?

What many have not yet considered - including domain overseer ICANN - is the impact that moving to a more fluid market for top-level domains may have on millions of domain-name holders.

While the dot-com registry is limited to increasing its prices by a certain percentage each year, new gTLD operators are free to charge whatever they feel the market will bear. So far it looks as though the market for general domain endings is stabilizing around the dot-com registry price of $10 per year; with a second price point of around $50 per year for more focused or valuable gTLDs.

However, it is very possible that following a takeover from another company, domain registrants may find their domain renewal costs rocket.

ICANN theoretically has the power to review or challenge transfers of ownership in internet registries, and could insist on pre-conditions such as maintaining the existing renewal rate for domains. But the organization is very far from understanding the market it has created – there is, for instance, not a single economist on staff at the domain name overseer – and there is likely to be a few outcries before appropriate market controls are placed on the domain name system. ®

Vanity domains for cyclists and plumbers among first seven

'Tell your friends about your, ahem, sugared dough breakfast'

ICANN finally reveals who’s behind purchase of .org: It’s ███████ and ██████ – you don't need to know any more

Analysis Purchase funded by debt, includes another ex-ICANNer, will be done through four different companies. All perfectly normal

Thought black holes were donut-shaped? It turns out they're more like deadly fountains

Japanese boffins argue for a new spin on astrophysics

The curious tale of ICANN, Verisign, claims of subterfuge, and the $135m .Web dot-word

'Extra sugar' on the menu at New Jersey eatery