It's back to basics this time around for our post-pub nosh neckfiller, following an audacious leap into the challenging waters of English muffins and hollandaise sauce.

Say hello, then, to classic Czech wobbly dining delicacy smažený sýr ("fried cheese") – aka "smazak" to its mates – which has for years been dispensed by street vendors for the benefit of punters staggering from boozers in search of instant calorific gratification.

It's a simple proposition, for which you will need (clockwise from top left): 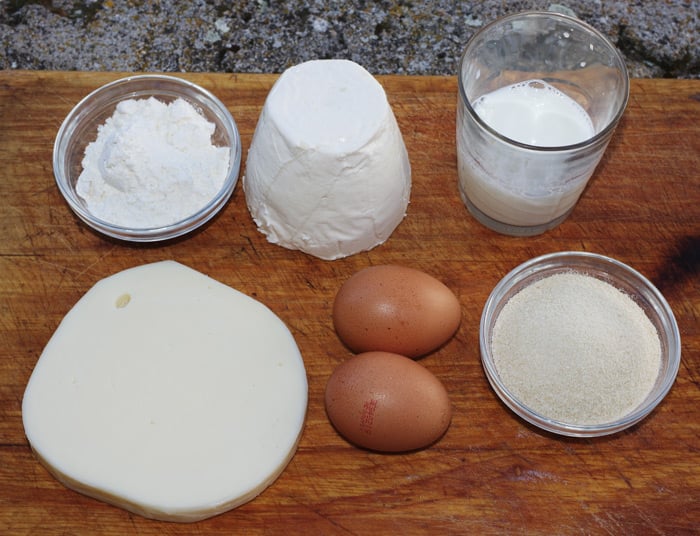 But why have we got two types of cheese? Well, smažený sýr is traditionally made with Edam, or Hermelín – the local version of Camembert. No surprise that we couldn't get those – or indeed Camembert – around this part of rural Spain.

Accordingly, we went with what was available, in this case a nice Asturian goat cheese and a substantial slab of provolone. Both panned out well, and you might consider trying mozzarella, given it apparently responds well to an identical frying process, according to our US cousins.

On with the traditional step-by-step, which is hardly taxing: 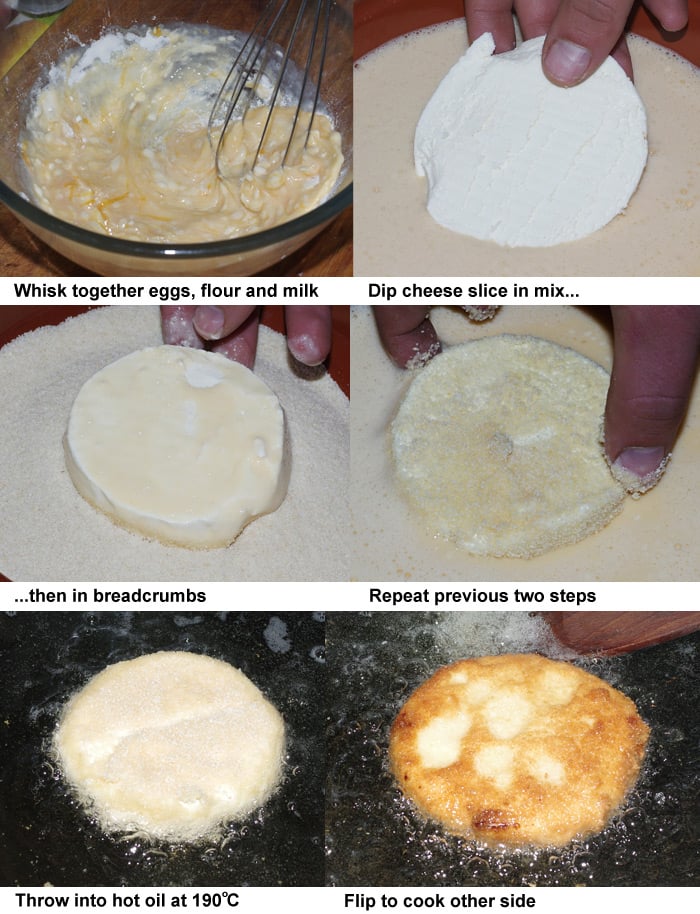 And here's the finished product, resplendent with boiled potatoes and mayonnaise: 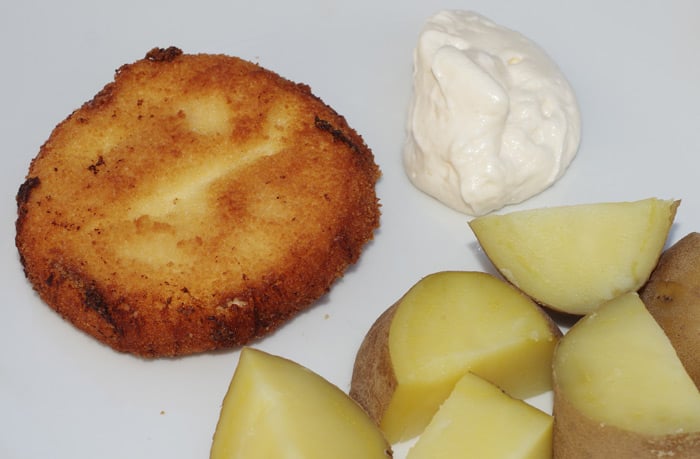 Actually, you're supposed to deploy with tartar sauce, but we couldn't be arsed making that, and we're not convinced that going that extra mile will bring much to the party.

The spuds do, though, offer some vital additional stodge, and – with the mayo and melted cheese – form a substantial neckfiller. In the Czech Republic, you might be offered additional carbohydrates in the form of your smažený sýr inserted into a bun. The choice is yours.

Regarding our two cheeses, the goat variety was highly effective, if a little bitter for some tastes, but the provolone stood out for a satisfying creamy gloopiness.

As mentioned above, this recipe will probably work well with mozzarella, so we're going to give that a go, as well as rolling out some Camembert, as soon as we've sourced some. There are plenty of possibilities, so let us know how other cheeses measure up ... ®