Chewier than a slice of Pi: MIPS Creator CI20 development board

Review Time was when chip-makers’ processor evaluation boards were well beyond the reach of ordinary mortals. That didn't matter, of course: ordinary mortals weren't interested in small, nude motherboards designed to help designers of embedded systems judge a microprocessor's suitability for the application they were working on. 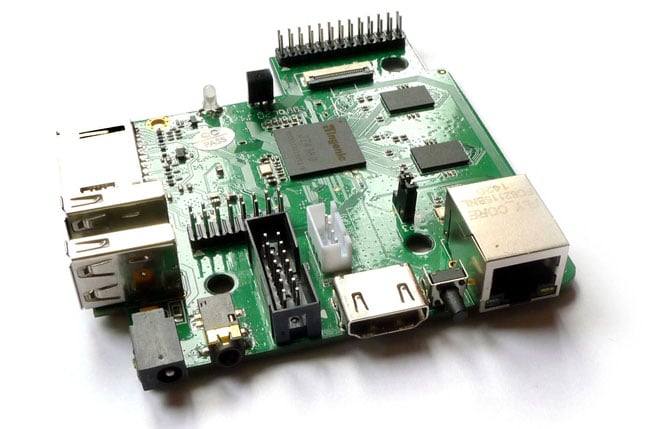 Imagination Technologies gets on the board with the MIPS Creation CI20

Then, in rapid succession, came Arduino, Beagleboard and Raspberry Pi, and suddenly wee, bare and now cheap motherboards were all the rage. Arduino emerged as a great low-cost controller for hobby electronics. The Pi has the loftier goal of teaching the world to code. Despite its size, it’s more sophisticated than the Arduino: a desktop computer, essentially. The Beagleboard’s successor, the Beaglebone, sits between the two.

One interesting thing about the Pi and the Beagles is that they’re essentially old-style evaluation boards, for Broadcom and Texas Instruments chips, respectively. And here comes another: MIPS’ Creator CI20. 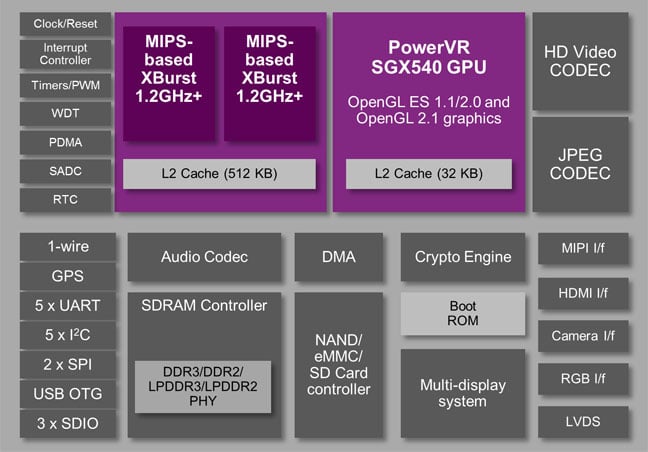 Unix workstations having been out-evolved by Intel chippery, MIPS today has its gaze fixed on the embedded world, where it competes with ARM instead. It has had some success: Imagination will happily tell you that MIPS chips can be found in three billion-odd devices. The problem is, they’re not the sexy ones. While ARM is in smartphones and tablets, you’re more likely to find a MIPS chip in a home wireless router or a bit of telecoms infrastructure. Important for sure, but not something to wow "the kids".

Which is where the CI20 comes in. If World+Dog expects evaluation boards to be as cheap as the Raspberry Pi, then here’s a low-cost MIPS-based board. Professionals assessing the MIPS-based Ingenic JZ4780 SoC for a new set-top box or carrier-grade networking box would buy one anyway, but at £50 the CI20 is now an alternative to the like of Pi and might just start winning for MIPS a fresh audience of enthusiastic youngsters.

So, as a techie keen to get closer to the metal, should you consider this figment of Imagination? On paper, the CI20 is an intriguing prospect. The China-made JZ4780 contains a pair of 1.2GHz 32-bit MIPS cores and a PowerVR SGX540 – by no means a feeble GPU. The board has 1GB of DDR-3 RAM and 8GB of flash storage with a full-size SD Card slot, if you need more. Having only two full-size USB (2.0) ports may seem ungenerous, but it's enough for a keyboard and mouse. Wi-Fi and Bluetooth are built in, so you won't be adding dongles for wireless connectivity. There's an RJ45 jack for 10/100Mbps Ethernet. 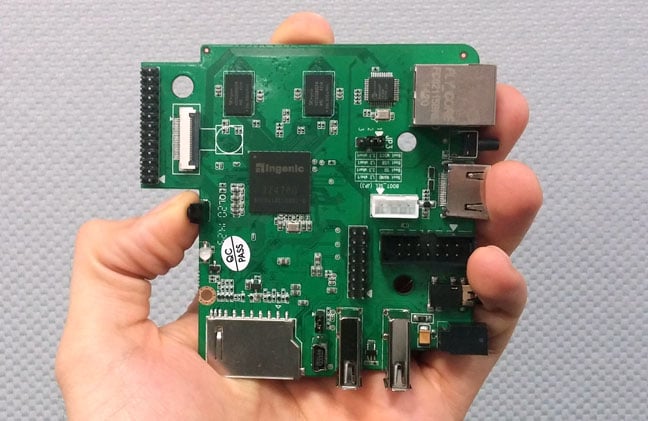 MIPS at your fingertips – click for a larger image

When Imagination first began talking about the CI20, early last Summer, all that made for a compelling alternative to the Raspberry Pi Model B. Since then, however, we’ve seen the arrival of first the B+, which addressed its predecessors quirks, most notably the paucity of USB ports, and now the Pi 2. The freshly blown Raspberry sports a 1GHz quad-core ARM Cortex-A7 CPU and 1GB of memory. But even the new Pi lacks on board storage and a real-time clock – the CI20 has both.