Censors get squeamish over blocky violence 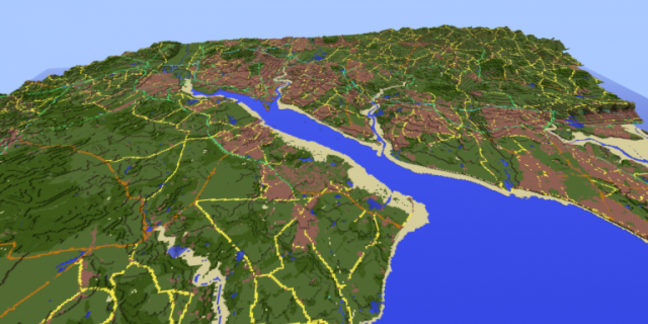 The wildly popular sandbox game Minecraft is facing a possible ban in Turkey.

English-language Hurriyet Daily News reports that the nation's Family Ministry will soon file a legal complaint seeking to halt sales of the game and ban its playing in Turkey.

According to the report, officials are worried that the combat elements of the game's survival mode encourage violence against other players and animals. In survival mode, players are tasked with building a house and mining elements while also fighting off enemy monsters and killing animals for food.

Authorities are said to be worried that the combat functions in the game encourage children to be hostile towards others and encourage the mistreatment of animals.

Minecraft is the brainchild of Swedish developer Markus 'Notch' Persson who, in 2009, developed the game and two years later handed it off to other developers at his Mojang software house.

Since its launch, the game has become a global sensation in large part to its open world building environment. Users have the ability to build everything from houses and castles to functioning computer science projects.

Notch, meanwhile, has cashed out his share in the game, taking a $2.5bn buyout from Microsoft and riding off into the sunset.

It's unlikely that Minecraft will feel much of a hit if the game is in fact banned in Turkey. According to Mojang, more than 18.8 million people have bought copies of the game to date.

The company would also find itself in rather good company should Turkish authorities ban its flagship product. Earlier this year the government hit Twitter with extensive censorship demands, while on other occasions Turkey has banned YouTube and even Google Books. ®