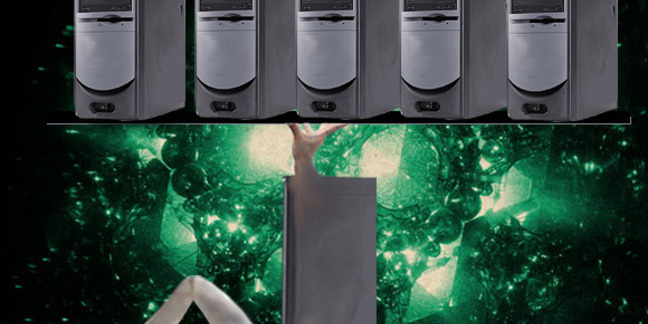 Unidesk is a company that's well-regarded in desktop virtualisation (VDI) circles because its layering and one-virtual-disk-for-many-guest-desktops technologies do some nice things like allowing one golden master of a virtual desktop and then delivering custom combinations of apps to individual users.

That's a handy trick because plenty of VDI admins find themselves either wielding persona management tools or creating different desktop images for different types of users.

The company has, until now, felt that only VMware Horizon and Citrix environments are worthy of its attention. But this week the company has decided that Microsoft's Hyper-V is also deserves some loving.

The company's song remains pretty much the same: its wares will sit between Windows and the hypervisor, taking care of the business of bringing in apps and talking to infrastructure.

Microsoft's happy that Unidesk has come to play, because VDI on Hyper-V is not something many organisations have looked at. That's partly Microsoft's fault, because it has offered difficult licensing conditions for Windows under VDI. Redmond has, of late, thawed a little with its per-user licences which should be a help for VDI users. As will Unidesk's decision to join in. ®