Cyanogen said to be hoovering up cash, but NOT from Microsoft 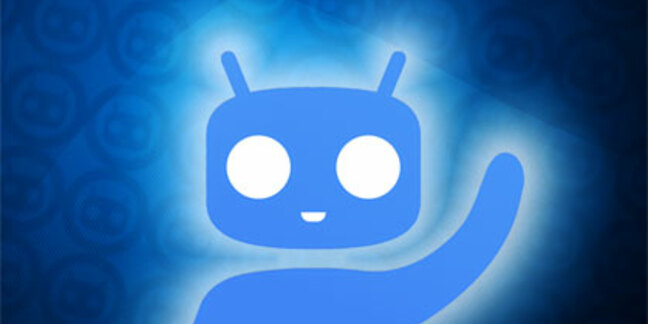 Sources say Android alt-firmware outfit Cyanogen is close to closing a new round of funding, but Microsoft reportedly won't be among the investors.

Bloomberg reported on Friday that Cyanogen is close to an agreement that would see it raise $110m from a group of financiers including PremjiInvest, the investment firm of Wipro chairman Azim Premji.

Although Microsoft has reportedly been in talks with the firmware startup about a possible investment, however, Bloomberg's sources say Redmond won't be participating in this funding round.

Microsoft reportedly plans to continue discussions with Cyanogen on possibly bundling some of its Android apps on devices that ship with Cyanogen firmwares. That likely means OneDrive and OneNote, but it could potentially include Microsoft's new Office apps for Android, too.

Cyanogen, meanwhile, is said to be looking to get its software onto more manufacturers' handsets.

Cyanogen markets an alternative firmware for Android phones that's built from the Android Open Source Project, with Google's proprietary code yanked out and Cyanogen's own tweaks and optimizations added.

Its largest customer is Indian consumer electronics giant Micromax, to which it has granted an exclusive license to market Cyanogen-powered phones in the subcontinent.

But that agreement has caused problems for another Cyanogen customer, OnePlus, which claims it didn't realize that Cyanogen's contract with Micromax would bar it from selling its devices in India. OnePlus now says it plans to dump Cyanogen in favor of its own homebrewed firmware, also based on the AOSP.

It isn't known whether other device makers have been in talks about potentially shipping Cyangen-based handsets. But with Google gradually exerting more control over the look and feel of Android devices with the release of Android 5.0 "Lollipop," some hardware outfits may view Cyanogen as a way to differentiate their offerings.

Microsoft, on the other hand, is thought to be interested in Cyanogen because of the potentially disruptive effect its custom firmware's presence could have on the Android device market. Android is currently the world's bestselling mobile OS, followed by Apple's iOS, while Microsoft's own Windows Phone comes in at but a far distant third. ®