.Free domains at Amazon while Google says bye to .family

.FYI it's a domain auction update 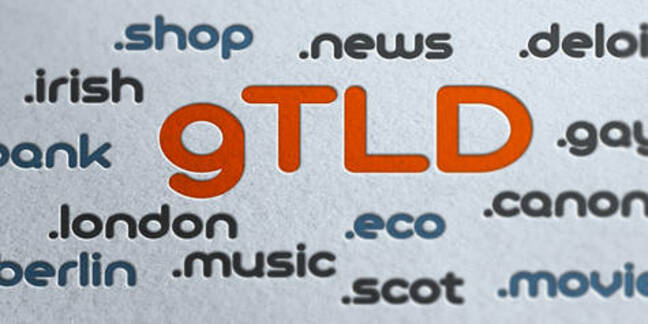 The latest wave of auctions for new internet extensions has produced some interesting results.

Google took part in each of the six top-level domains available to the highest bidder, but won just one - dot-PhD - leaving behind dot-free and, surprisingly, dot-tube (although it does own the rights to register domains under .youtube).

Google is still in contention for another three TLDs - .diy, .mba and .srl - but the fact that the search giant continues not to outbid others has let to speculation over what the company's plans. It appears the Chocolate Factory may be scaling back what many thought would be an aggressive entry into the domain name market.

That speculation was fed by an article last week in the New York Post confirming that GoDaddy's long-delayed IPO plans are back on. "A source familiar with Google’s plans" (probably a GoDaddy exec) said the search firm was not planning to overtake GoDaddy in the domain selling business.

In other domain sales Amazon won the rights to all "free" domains, with seems to bizarrely compliment its purchase of .buy a few months ago.

The biggest registry operator in the market, Donuts, picked up .family and .fyi. Yes, really, .fyi. Another big beast, Uniregistry, outbid everyone for .mom - it has just under two months to get it live if it wants to cash in on US Mother's Day (Sunday May 10, don't forget to get a card).

All the auctions were private so we don't know exactly how much was paid in each case, but new TLDs have been going on average for between $5m and $10m apiece.

The organization's next auction is set for 25 March and so far there are six top-level domains are expected to be resolved: .GmbH, .diy, .mba, .ping, .baseball and .srl. ®