Come and fiddle with our Linux-powered toy

Review My original idea was to review the Raspberry Pi Compute Module. But the thing about the Compute Module is that it’s not an end-user product: it was designed for manufacturers looking for an ARM-based platform on which they can build devices they can sell. 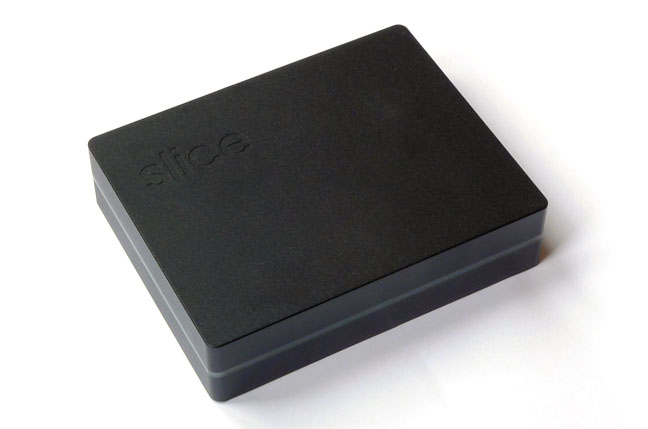 So I waited for one.

In August 2014, a bunch of guys calling themselves the Five Ninjas – among them folk from the Raspberry Pi Foundation and Pi-friendly accessory seller Pimoroni – announced Slice, a compact media player based on the Compute Module. Their inspiration was the original Apple TV – the x86-based silver one, not the iOS-running black box that Apple just made £20 cheaper.

The first Apple TV was eminently hackable: rip out the custom Mac OS X install and make yourself a low-power Linux desktop or a more open, less tightly bound media centre. That’s what I did with mine, to run XBMC – now called Kodi – on it.

Slice appeared on Kickstarter, and it immediately caught my eye as a more powerful version of the box I’d adapted my Apple TV to be. And it was based on the Compute Module, so two birds, one stone. I put down £109 for a disk-less preview unit and put a note in my diary in anticipation of Slice’s November release.

And I waited. Again.

Then I waited some more, as November came and went. Would Slice make it out in time for Christmas?

Nope. It’s now March 2015 and the first Slices have only just left Pimoroni’s Sheffield assembly plant, each one with a custom motherboard containing a single, DIMM-slotted Compute Module. I have one here and so the question that must be asked is, does Slice, ahem, cut it?

I’m very pleased to say it does, though, as you’ll see, with certain qualifications.

First, the Slice’s looks. Slice is a small metal box with a translucent plastic spacer running round the middle. The metal is anodised aluminium in one of choice of three colours (black, gunmetal and red) and very stylish it looks – and feels – too. The spacer provides not a view into the box but a way for the Slice’s 25 NeoPixels – individually addressable RGB LEDs, each with their own in-package controller – to shine forth. 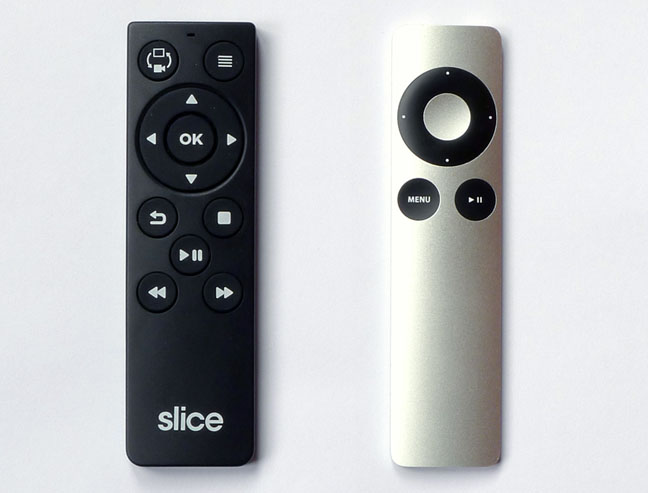 These LEDs generate a rainbow of different colour sequences that are triggered as you interact with the Slice using its remote control, which is small, black and not at all bad, but comes over as a fattened up plastic clone of Apple’s slimline aluminium remote from China – which indeed it is.

To be fair, compared to most of the cheap Chinese remotes I’ve seen bundled with media players over the years, this one is good and has at least been customised for the Slice.