Come and fiddle with our Linux-powered toy

I’ve mentioned the HDMI, audio and USB ports, but Slice also has an RJ45 for Ethernet, though only up to 100Mb/s. That’s the Pi origins showing through. There’s no Wi-Fi in the unit itself, but Five Ninjas is bundling a 2.4GHz 802.11n dongle. Power is provided by a 5V, 3A wall wart. 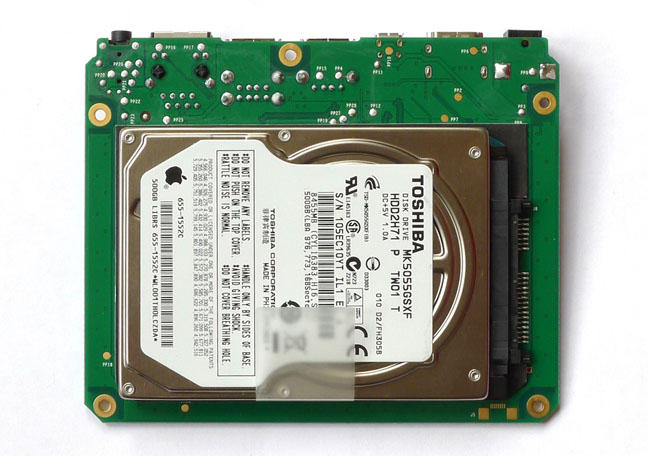 Can be bought with HDD supplied, but if you've a spare to hand...

Slice’s aforementioned remote is good. It uses Bluetooth (or something akin to it) which is easily paired to the base unit. The only disappointment is that the receiver – another wee dongle – isn’t built in, so that’s another USB port gone. Still, it’s very responsive and allows you to control the Slice without pointing at it. I could quite easily wander into the kitchen and, out of line of sight, start music playing.

However, the remote exposes the Slice’s key ‘flaw’, already hinted at by the software. This media centre is built almost entirely from off-the-shelf parts. The motherboard is custom, sure, but it’s essentially a glorified Raspberry Pi. Buy yourself a Raspberry Pi 2; install OpenElec; hook up an external HDD; buy the remote from Alibaba; and you have your own DIY Slice. 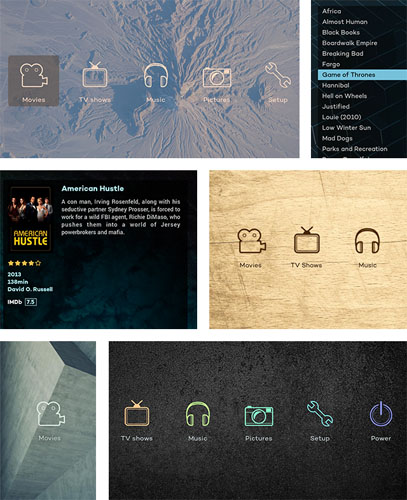 You won’t get the very nice metal casing or the fun lighting effects, of course, but the latter are more gimmicks than anything: cute but by no means essential to the device’s operation. If you stream all your media, you don’t even need the internal storage.

Five Ninjas is aware of this and, unlike so many other manufacturers, doesn’t pretend that there’s literally nothing like Slice on the market. There’s nothing here that, say, set-top boxes from Roku, Apple, Google or WD don’t do – other than the lighting effects and the support for a built-in HDD, of course. 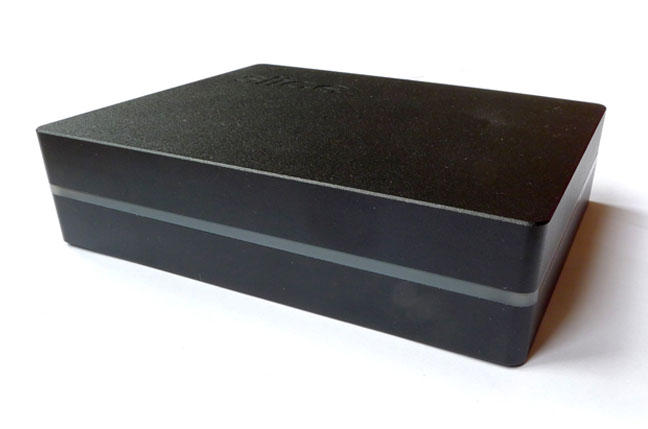 Designed to be hacked as desired

They do it more cheaply too, and provide access to online services like Netflix and BBC iPlayer, but offer far, far less scope for messing about with the hardware as you see fit. Indeed, Five Ninjas is quite happy if you re-flash the 4GB storage with another OS and turn it back into a Raspberry Pi. It wants Slice to be considered as hackable as the first Apple TV was.

And I think that‘s why I like the Slice – and why I put ‘flaw’ in quote marks. You sense this is a media player built by unrepentant hardware and software tinkerers to put in their own living rooms and which they’ve decided to give everyone else a chance to own, too.

Five Ninjas has come up with a tasty Pi-powered media playback machine based on open source software. The hardware’s done, but the software needs a little further work and lacks access to many of the streaming services a lot of potential users have grown accustomed to. This is never going to be a mass-market proposition, but if its open source credentials and internal accessibility appeals, it’s worth a look. ®