We here at The Reg have come across Rubrik, an early-stage Californian storage startup still in stealth.

The website talks about “the world's data management platform".

Sounds impressive and, we should think, web-scale. The Reg understands its technology represents a rethinking of enterprise data management.

The company was founded in March 2014. Its CEO and co-founder, Bipul Sinha, was a founding investor and board member at Nutanix and PernixData; a good track record. He's a partner at Lightspeed Ventures and can be seen on a video here: 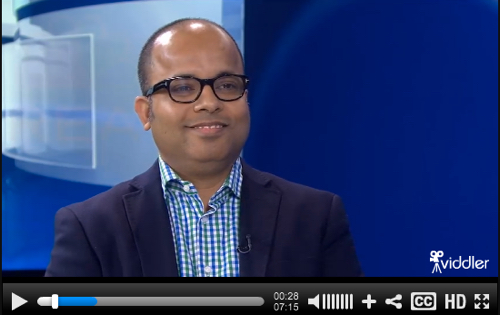 Sinha seems an odd choice for a startup CEO; generally it's the person with the tech vision who becomes CEO. Here the VCs seem to be firmly in charge from day one. Maybe Sinha reckons he can run a startup, having funded a few.

There are three other co-founders:

Lightspeed obviously seems to be funding this startup while it builds its basic show-it-works technology. We might imagine an A-round of funding and emergence from stealth later this year.

Rubrik claims its product will make enterprise data management simple, beautiful – get that! – and complete. Are we looking at a kind of super data management abstraction layer here, a Primary Data kind if thing?