The catch: you'll have to hang out with Castro's BFF to use it 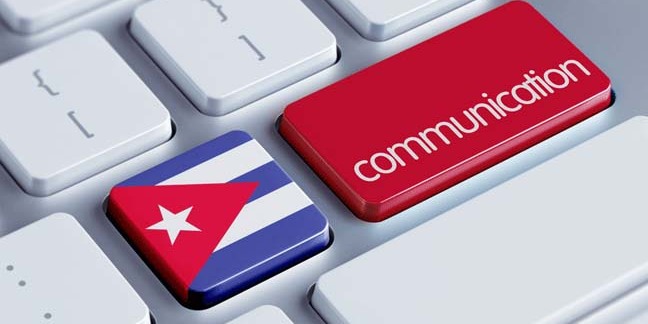 Cuba says it is further loosening its grip on the nation's internet access with the launch of its first public Wi-Fi hotspot.

According to a report from The Associated Press, a community center in the capital city of Havana will serve as the only hotspot in the nation to be authorized to operate by the state-run Etecsa telco firm.

Lest you think Cuba's government has gone soft, the hot-spot comes with more than a few strings attached. For starters, the community center housing the router is operated by state-sponsored artist Kcho and was the site of dictator Fidel Castro's last public appearance.

It's also well beneath most modern definitions of broadband, since users will share a 2mbps ADSL line that doubles as Kcho's own state-run personal internet connection.

And, of course, anyone who wants to use the network would have to own a Wi-Fi capable handset or notebook. While 25 per cent of the population has internet access according to The World Bank the actual number of users could be far lower as internet cafes in connected parts of the nation carry a cost of around $4.50 per hour and Cuba's average monthly wage is $20.

Tight government and economic restrictions on connectivity have lead to Cuba being labeled alongside the likes of North Korea and Myanmar as internet 'dark spots', nations where few if any citizens are able to access the internet freely.

Like other 'dark spot' nations, Cuba's tight restrictions on connectivity have been made worse by conflicts with other countries; while North Korea faces further sanctions due to its alleged involvement in the Sony hack, Cuba was given more reason to distrust the internet when a CIA plot to undermine the state via social networking was uncovered last year.

Some young people have sought to skirt the government censorship hurdles by creating their own underground intranet to link up thousands of users within the nation.

The launch of a public hotspot is a step, albeit small, in the right direction for net freedom in Cuba and an indication that the country is seeing a further thaw in relations with its neighbors, most notably the US.

Earlier this year, the US agreed to ease some of its decades-old restrictions and travel and trade with Cuba, and last week the two countries re-established direct wire contact with the hook-up of an optical phone line. ®