Game Theory My favourite games of late are indie games. I have spent hours lost in Darkest Dungeon and have endured soul-destroying loss and emotional turmoil in This War of Mine, as AAA games just haven’t quite been cutting it of late. Time to head down to EGX Rezzed, a smaller, more indie-focused event compared to EGX Expo, which I attended in the summer.

Yes, Sony was there pimping Bloodbourne and the Guild Wars 2 team was there showing off the impressive Heart of Thorns expansion, but most of the nooks and crannies of Tobacco Dock were filled with unknown treasures. If you’re sick of paying 50 quid for a five-hour game, here are a few indie gaming goodies that caught my eye and deserve some attention. 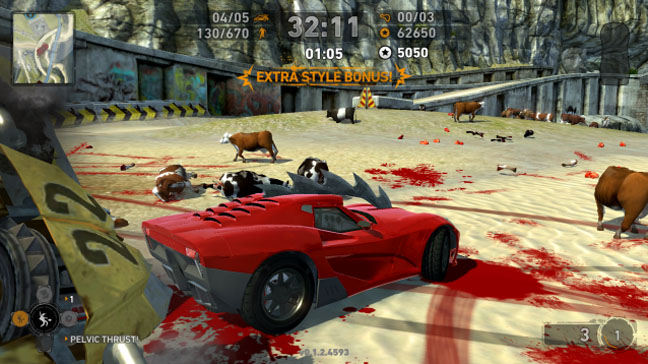 Carmageddon: Reincarnation is a welcome reboot with all the crude humour included from the old games. If you were a fan of the original Carmageddon, then you will instantly feel right at home playing Reincarnation. It’s a ludicrous, turbo-charged, balls-to-the-wall race, where I can take out the other racers with impunity and destroy some screaming pedestrians along the way.

Although the races have specific courses and check points, each takes place in an open world-environment, allowing the driver to go anywhere the vehicle can squeeze. For some reason, while playing at Rezzed I spent a lot of time taking it up the ass. More info Stainless Games 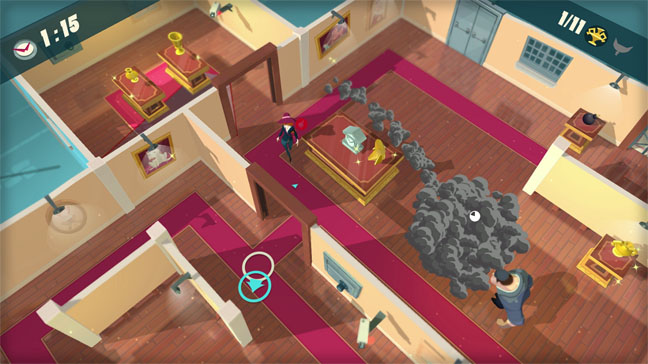 The Marvellous Miss Take grabbed my attention with its Mad Men-chic aesthetic. It’s just beautiful dahrrling, with a 1950’s jazzy soundtrack to match. It's an isometric stealth game in which our heroine Sofia Take infiltrates private art galleries owned by a selfish millionaire.

It’s up to Sofia to rob from the rich and give back some art to the poor. The game mechanics are introduced slowly and naturally, as Take deals with the unpredictable guard AI that can be really tough. Jauntily non-violent and well designed, you can buy The Marvellous Miss Take on PC now, or wait for the smartphone version. More info Wonderstruck 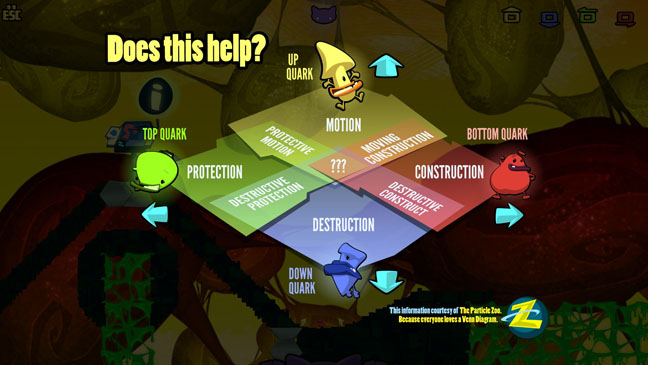 Schrödinger’s Cat and the Raiders of the Lost Quark

Schrödinger’s Cat and the Raiders of the Lost Quark is all about the joys of science, in particular the brain-busting world of particle physics. As I grew up at CERN, this game immediately had me interested. A colourful puzzle-platformer it’s sure to appeal to gamers of all ages and has enough depth to appeal across generations in different ways.

Our feline hero is thrust into the chaos-filled universe of the Particle Zoo where rogue particles are roaming free and a mysterious villain is plotting to release the Strange Quark, ultimately bringing an end to all matter – which would just be another day in the Orr household. This game has all the charm of Rayman but with extra mass. More info Italic Pig 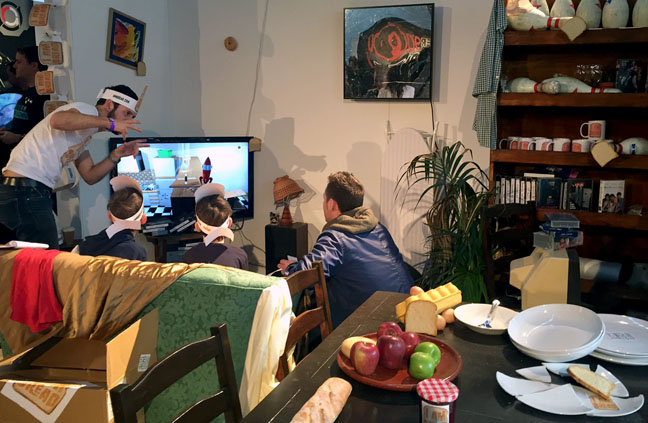 Burning ambition: I Am Bread on show at EGX Rezzed

I Am Bread is the story of a lonely slice of bread's epic and poignant journey to become toasted. I Am Bread is a physics-based platformer from Bossa, the devs behind Surgeon Simulator. The rooms I travel though contain obvious sources of heat such as a cooker, an unattended iron and even a hairdryer.

Getting to the heat is the primary goal, but I also need to make sure I’m fit to eat by the time I get there. The five-second rule is in effect, so beware floors (particularly carpets), ants, shards of broken glass, and fluff. I had great fun at Rezzed in the, I Am Bread sitting room watching some kids control and anthropomorphic bagel (and they gave me free jam). More info Bossa

Next page: On the cards
Page: