Thousands of Android and Apple apps could lose sensitive financial and privacy data through exposure to the FREAK vulnerability, researchers say.

The apps had been downloaded 6.3 billion times in total.

"After scanning 10,985 popular Google Play Android apps with more than 1 million downloads each, we found 1228 of them are vulnerable to a FREAK attack because they use a vulnerable OpenSSL library to connect to vulnerable HTTPS servers," the team wrote in a report.

"An attacker may launch a FREAK attack using man-in-the-middle techniques to intercept and modify the encrypted traffic between the mobile app and backend server.

"The attacker can do this using well-known techniques such as ARP spoofing or DNS hijacking. Without necessarily breaking the encryption in real time, the attacker can record weakly encrypted network traffic, decrypt it and access the sensitive information inside." 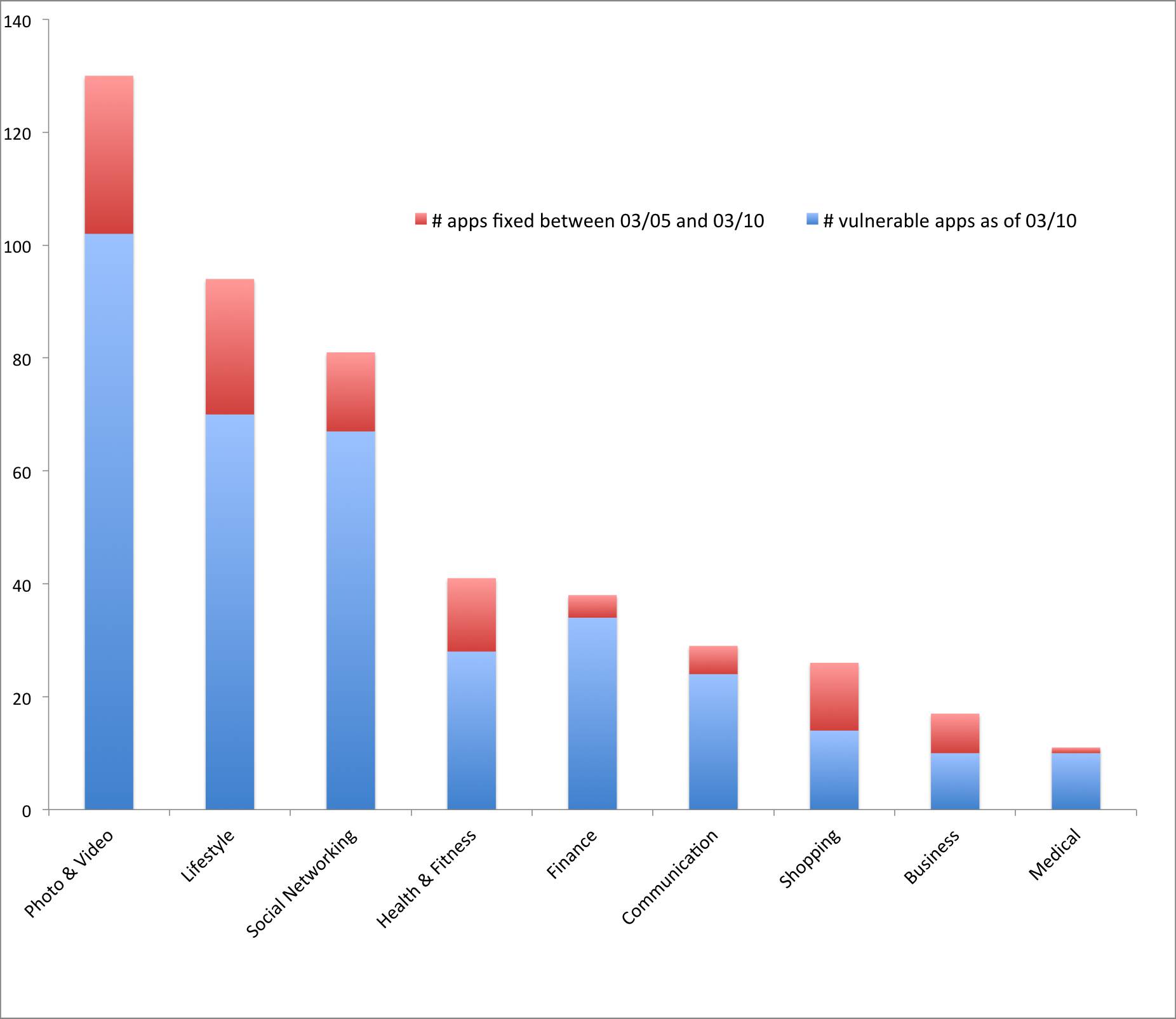 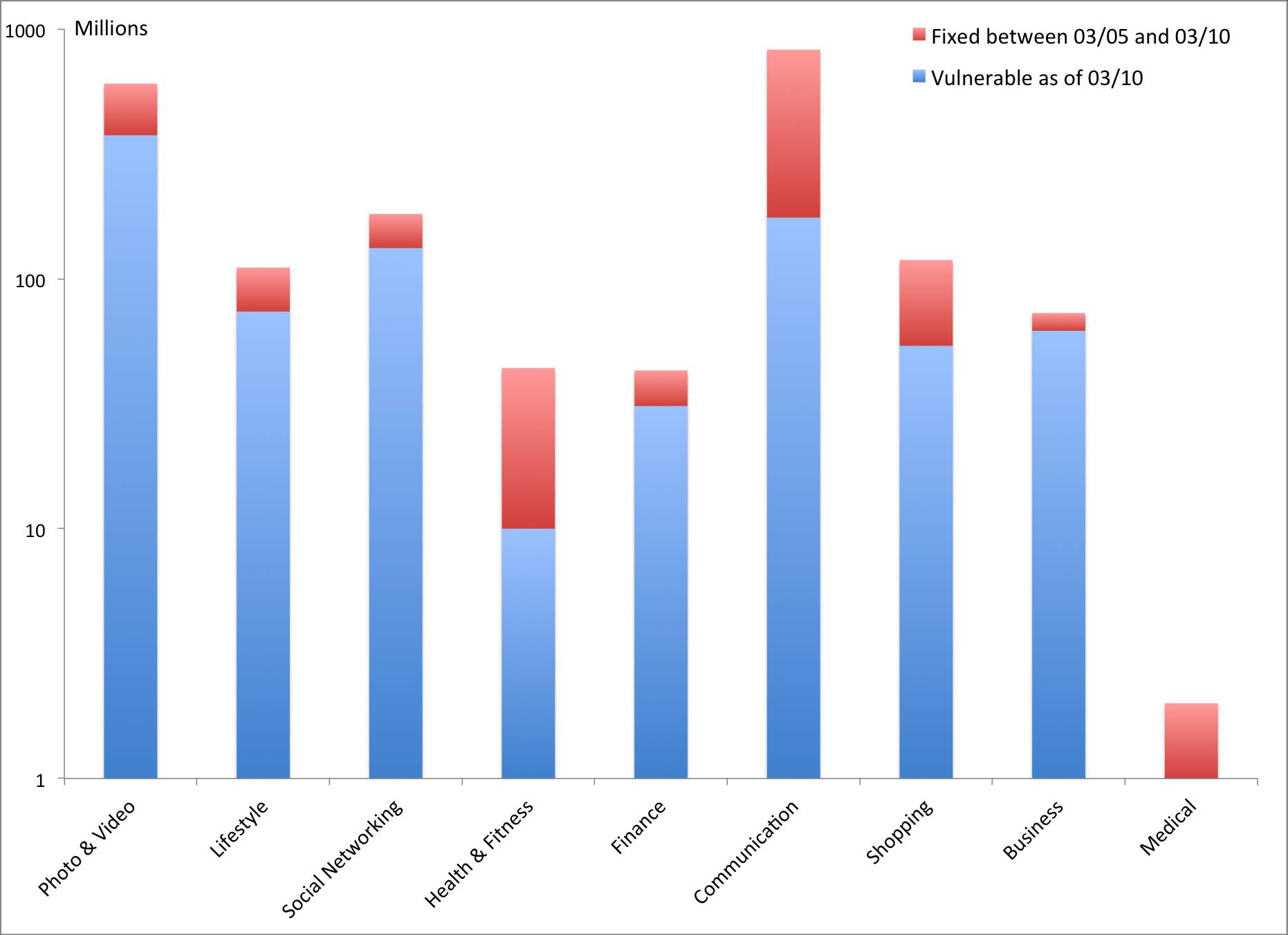 They found 771 popular Apple apps of a pool of 14,079 were vulnerable on iOS versions below 8.2. Seven unnamed offerings remained exposed on all iOS platforms due to the use of custom vulnerable versions of OpenSSL.

The research which excludes games and sports apps that had little sensitive information to lose illustrates that the FREAK exposure is not confined to browsers.

The work comes as BlackBerry joined the infamous list of FREAK vendors publishing a list of vulnerable software and promising fixes.