'A man is not dead while his name is still spoken' 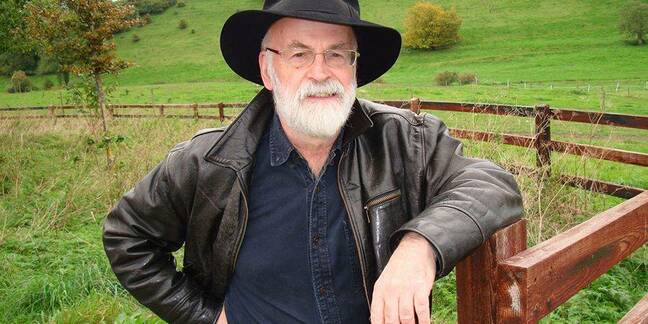 The death of Sir Terry Pratchett last week left many fans bereft, but some canny geeks have devised a system to ensure his name lives on in everyday web traffic.

In Pratchett's 2004 book Going Postal, the deceased inventor of the "clacks," a form of communications system for sending data over large distances, is immortalized by staff who add his name to all ingoing and outgoing messages. "A man is not dead while his name is still spoken," as one character puts it.

After a discussion on 4chan-for-beginners Reddit, Pratchett fans devised a similar tribute: injecting X-Clacks-Overhead: GNU Terry Pratchett into server-sent HTTP headers. This can be accomplished with almost every web server by tweaking configuration files to reference the late author in all outgoing traffic. Plugins to inject the custom header into outgoing HTTP requests are also available for the big four browsers.

The GNU part comes from the Pratchett universe. In clacks code, G is an instruction to send a message, N instructs the clack operator not to log it, and U instructs the recipient to turn it round at the end of the line and send it back.

The code was also a joke from the very tech-friendly Pratchett – a man who was once asked why he had six computer monitors on his desk and replied that it was because he hadn't figured out how to add more. The operating system GNU (standing for GNU's Not Unix) was initiated by free software advocate Richard Stallman; many of Stallman's GNU tools are available today via GNU/Linux distributions.

As people enable the X-Clacks-Overhead, Sir Terry's name will spread far and wide over the internet, assuring his name will be repeated every day. Of course, with over 70 books written there are more traditional methods of keeping his name alive, but El Reg suspects Sir Terry would have really liked this idea. We've added the header to our site's web servers. ®

Terry Pratchett's self-written documentary to be broadcast in 2017

Back In Black coming to BBC 2 soon

Bork!Bork!Bork! May we present the BSOD on Wheels