If you wanna keep your sex life schtum, don't do it in a lift while widdling on the floor 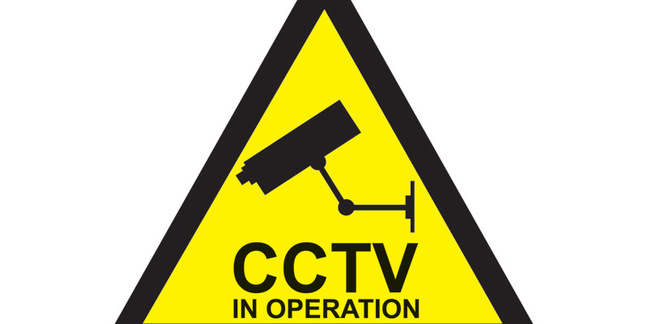 Ofcom has rejected a claim that Channel 4 infringed the privacy of a pregnant Southampton woman by broadcasting CCTV footage of her administering drunken oral pleasure to a chap in a tower block lift.

"Ms K" lodged a complaint of "unwarranted infringement of privacy" to the TV watchdog regarding the 9 June 2014 episode of CCTV: Caught on Camera – entitled Lift Watching – which "examined the use of CCTV cameras to monitor the public areas of 19 council-owned tower blocks in Southampton and included the views and opinions of CCTV operators and residents on the impact of CCTV".

The programme began with an introductory montage of clips taken from the CCTV footage. One clip showed, briefly, a woman (the complainant, Ms K) performing oral sex on a man in a lift. Accompanying this footage, one CCTV operator said: “Us humans, we are disgusting sometimes”. Further on in the programme, more CCTV footage of Ms K in the lift was shown.

CCTV footage of Ms K and a man entering a lift and then Ms K performing oral sex on him was shown. This was interwoven with footage of the same CCTV operator being interviewed. He explained that when people are having sex in a lift: “they don’t give a shit about the camera, they don’t care about the camera. He’s got his leg up and he’s as happy as Larry”. The CCTV footage then showed the man leaving the lift and fastening up his trousers. A third CCTV operator was shown at this point admitting that she herself had been caught having sex in public.

Immediately following this, the programme showed Ms K in the lift pulling up her underwear. Ms K’s naked upper thigh and pelvic area was partially shown. Ms K was shown from behind as she left the lift. The back of her dress was around her waist revealing her underwear. The total duration of the footage of Ms K shown in the programme was approximately 31 seconds. Ms K was neither shown nor discussed in any other section of the programme.

Ms K’s face and that of the man she was with were obscured and their voices were not heard. Ms K was not named in the programme.

She further explained that "friends and family had recognised her from the footage and that the programme had negatively affected her social relationships and her employment prospects", while "the stress of being recognised in the programme had caused her to go into premature labour".

"Ms K also said that at the time the CCTV footage was filmed, she had been very drunk and that she had not been 'at the best point in her life'," the Ofcom report notes.

In its comprehensive defence, Channel 4 said "from the outset of the CCTV: Caught on Camera series it paid careful attention to the issue of contributor privacy".

The broadcaster insisted that "while it recognised that footage of a person engaging in a private sex act would normally give rise to a legitimate expectation of privacy, this was not a private occasion, but occurred in a communal lift, accessible to all residents and visitors, and which was fitted with 24 hour CCTV cameras".

In reviewing the unedited CCTV footage of the complainant, Channel 4 said that it was clear that the cameras were prominently placed, easily visible and not inconspicuous. Channel 4 said that the unedited footage showed Ms K entering the lift, immediately pulling down her underwear and crouching on the floor to urinate in the lift, while the man stood in front of her, smoking.

Channel 4 said that the man remained in this position very briefly before removing his hands from the cameras. Channel 4 noted that the man then undid his flies and that Ms K, who was still crouched on the floor urinating, then briefly performed an act of oral sex on the man.

The broadcaster said that when the lift stopped, the man quickly exited the lift and held the door open, while the woman remained crouched on the floor urinating, so that the interior of the lift was visible to the corridor and could have been seen by members of the public who may have been waiting to use the lift. Channel 4 stated that Ms K then stood up, pulled up her underwear and exited the lift.

Channel 4 suggested a person "cannot have a legitimate expectation of privacy in circumstances where their behaviour is severely anti-social and contravenes public decency in the manner shown in the CCTV footage i.e. urinating on the floor of a communal lift and performing a sex act in a communal lift".

In rejecting Ms K's complaint, Ofcom summarised that she "had a limited legitimate expectation of privacy" It added: "However, in the particular circumstances of this case, to the limited extent that Ms K’s privacy may have been infringed, the public interest in broadcasting footage showing the role of CCTV cameras in monitoring anti-social behaviour outweighed Ms K’s expectation of privacy." ®