Feature Digital cameras are cheap and convenient. But some people feel they also lack soul, or encourage us all to often to experience life through an LCD screen, firing off hundreds of shots we'll probably never look at, rather than absorbing our surroundings.

Film, on the other hand, according to some, can lend itself to a more considered approach. Knowing you only have 36 exposures at a time can impose discipline. It's not just trendy techno-luddism either, and is an absorbing way to practice the art and craft of photography, especially with the holidays coming up. 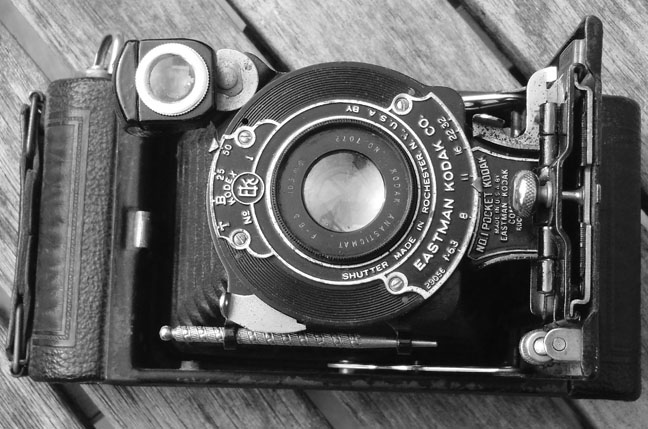 It's possible to pick up some great cameras at bargain prices these days, assuming you don't have an old film camera sitting in the back of a cupboard.

There are apps that can help you with developing your own films, and even some that will give you control of your SLR from a mobile phone or tablet.

So, we thought we'd take a look at the world of film, and share some of our tips and experiences.

Many of us probably have an old film camera lying around somewhere. For me, it started with a Nikon FG20 that I received as an 18th birthday present. But even if you don't have one, picking up a good camera can be surprisingly cheap. My main camera now is a Nikon F90x, which is a very capable camera that cost me just £60, leaving plenty left over for decent lenses.

If you’re shopping for second-hand Nikon in particular, it's worth a look at Ken Rockwell's site where you'll find plenty of info about which lenses perform best, and the relative strengths of different camera models. The site does have some Canon info, but not in quite as much depth.

One thing to bear in mind is that, of course, a film SLR is full frame, and lenses aren't necessarily always compatible if you switch to digital later. Some Nikon DSLRs, for example, lack the motor to focus older lenses, or won't meter them them correctly (though newer models like the D610, 750 or 810 will work with just about any Nikon lens). 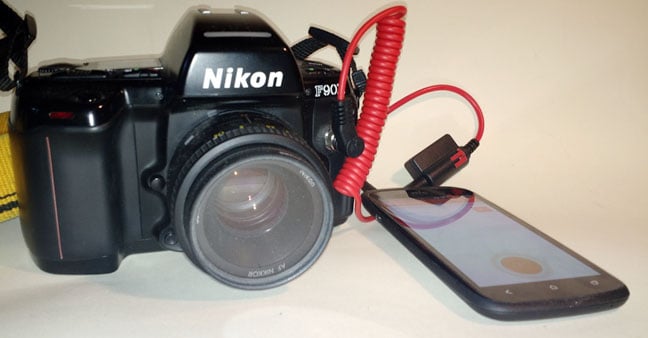 Add the cable and TriggerTrap app to a film SLR, and you can do timelapse, remote control and all sorts of other tricks

Film SLRs may not have all the bells and whistles of some of the newest digital models, but you can often pair them with modern accessories. For example, Nikon models from the F90 onwards have the same 10 pin connector as some of the company's first DSLRs.

So, they're compatible with a release cable like the one from Triggertrap. That means, as well as the built-in timer, you can do time lapses, scheduled photos of sunsets, and lots of other neat tricks, even controlling the shutter via Wi-Fi from another device.

If you have an even older camera, a light meter might be a handy addition; neither my 1930s Pocket Kodak nor my Ilford Sportsman has a meter, but there are plenty of apps that will do the trick. For example, the photos of the garden here were taken with the Pocket Kodak using the Light Meter Tools app. Set the film speed and the shutter speed you want to use, and it'll work out the correct aperture for you. Compared with just estimating, it's a great improvement.