That's a big 4Ker of a cosmos: 3D planetarium to open in Bristol

Junior star-gazers in Bristol have been given notice that they will have to share the city’s soon-to-be-3D planetarium with data scientists and marketeers as the city burnishes its tech hub credentials. 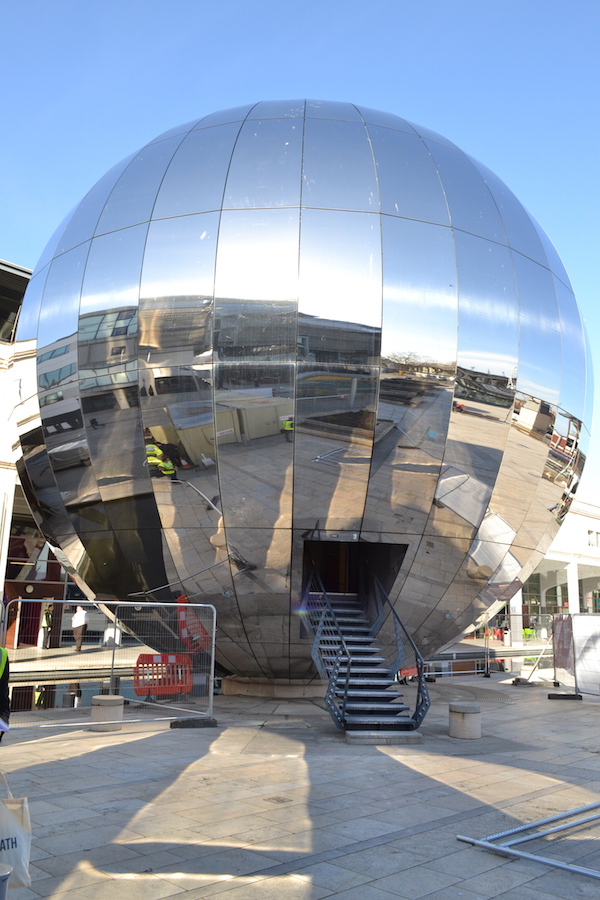 The planetarium at the City’s At-Bristol science centre is being overhauled ahead of a relaunch at the end of this month. The revamp is part of the city’s Bristol is Open plan to capitalise on its tech nous and position itself as the word’s first “Software Defined Programmable City”.

The revamped 100 seat planetarium will feature two 4K resolution projectors powered by 17 computers to deliver a 120Hz 3D model of the universe, At-Bristol boss Phil Winfield told The Reg. This will make it the UK’s first 3D planetarium, he claimed.

If that horsepower isn’t enough, it’ll be hooked up into a supercomputer at Bristol University over the superfast network put in place as part of the scheme. Bristol bought fibre ducts around the city from telecoms providers back in the noughties, and has rewired them with 144 core fibre.

This will allow data to be hosed down from the university at a sharpish 100Gbps and analysed using the planetarium kit. Which certainly sounds more spectacular than staring at yet another PowerPoint on a slightly bigger than home screen.

Except that when this is happening, it will no longer be a planetarium; it will be a “data visualisation dome” said Winfield. 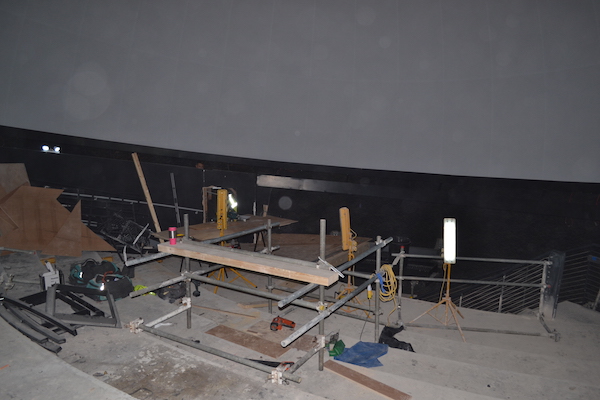 Just visualise how great it'll look in a couple of days...

Does this mean starry-eyed astrophysicists of the future are going to be elbowed out of the planetarium by spikey hair data analysts and marketing analysts flying through pie charts and scatter grams?

Winfield assured us this would not be the case. The structure would still be a planetarium most of the time, with the data analysts only taking over for a quarter of the time. A new entrance is being constructed so that it can be run outside of regular museum hours. ®