Metadata laws pass so it's time to STOP READING LISTICLES 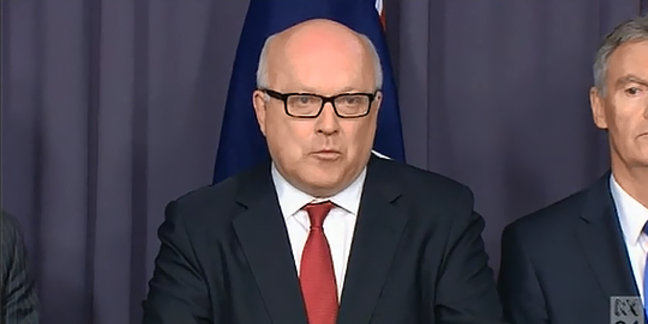 Rugby player Sonny Bill Williams is a role model for many, a fact that's not gone un-noticed by the purveyors of a dubious fitness supplement who've created an ad that looks an awful lot like a news story about the athlete. Williams has nothing to do with the ad or the product. He's just been used to get people clicking. And if you do click on the link to the “story”, you're taken to a page on which you're offered the chance to buy the supplement.

Once you've done so, Australia's law enforcement authorities will soon have evidence that you've visited a site involved in the distribution of probably-not-entirely-legal substances.

That's not enough to convict you. But if law enforcement authorities are investigating the importation of such substances, the fact that you once succumbed to a clickbait headline in order to read some gossip means you're suddenly more worthy of investigation.

Welcome to the age of metadata retention, in which clickbait can incriminate you.

It gets worse: our attorney-general George Brandis is telling fibs about the law that passed last night, after extensive debate dismissed a raft of amendments put by the Australian Greens and minor parties. Brandis told ABC Radio's AM program this morning that “nothing is different to the way it has been for the last 20 years or so”. Yet Telstra recently told a Parliamentary Committee that it doesn't record IP addresses or missed call records for users of its mobile networks.

So Telstra is clearly being asked to do something new.

Telstra could be done for contempt of Parliament if it misled the committee. Shareholders are also unkind to companies who tell porkies in public.

The AM interview we've linked to above is worth a listen because Brandis, six months into the metadata debate, still can't speak with authority on the subject. He jitters and struggles to articulate his position. At times he makes little sense, such as when asked why we need metadata retention when there are so many alternative communications media for ne'er-do-wells to use. His response is that criminals always break the law and will continue to do so despite the new legislation.

Brandis also says the extent of the funding offered to carriers will be revealed in Australia's federal budget, due in early May. That's when we find out the answer to the question: what price (limited) freedom?

Until then, it's probably best to leave the clickbait alone. Except for El Reg's, of course. ®