Scientists have revealed a terrifying-sounding new species of lobster-like marine creature that pre-dates the first living dinosaur by 250 million years.

The Yawunik kooetenayi is understood to have swam in Earth's waters some 508 million years ago.

"Yawunik had evolved long frontal appendages that resemble the antennae of modern beetles or shrimps, though these appendages were composed of three long claws, two of which bore opposing rows of teeth that helped the animal catch its prey," boffins at the University of Toronto and the Royal Ontario Museum explained.

An international crack team of palaeontologists from Canada and the US identified the fossil, which was found at the Marble Canyon site, based in British Columbia's Kootenay National Park.

"This creature is expanding our perspective on the anatomy and predatory habits of the first arthropods, the group to which spiders and lobsters belong," enthused Cedric Aria, the lead author of the study published in Palaeontology.

"It has the signature features of an arthropod with its external skeleton, segmented body and jointed appendages, but lacks certain advanced traits present in groups that survived until the present day. We say that it belongs to the 'stem' of arthropods," he added. 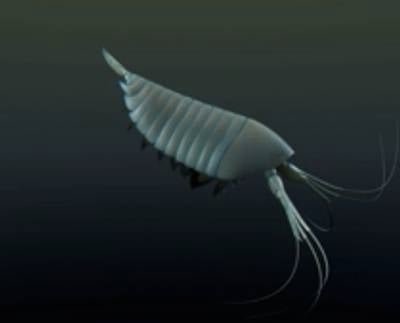 The boffins believe that the Yawunik predator – which was named after a figure in the Ktunaxa people's mythology, who warned of a massive, fierce and deadly marine creature – were the most abundant of the large new species spotted at the Marble Canyon site.

It's understood that the arthropods would spread out their scary frontal appendages during an attack, before retracting them under their body when swimming.

Unlike insects or crustaceans, Yawunik did not possess additional appendages in the head that were specifically modified to process food.

Evolution resulted here in a combination of adaptations onto the frontal-most appendage of this creature, maybe because such modifications were easier to acquire.

We know that the larvae of certain crustaceans can use their antennae to both swim and gather food. But a large active predator such as a mantis shrimp has its sensory and grasping functions split up between appendages.

Yawunik and its relatives tell us about the condition existing before such a division of tasks among parts of the organism took place.

It's believed that the ancient, lobster-like beasts also had two pairs of eyes. ®