Building a better society from the Czechs' version of Meccano

And a tale of international intellectual property piracy

Worstall @ the Weekend To move a little off the normal sort of subject around here, something from an exhibition just around the corner here in Usti nad Labem in the Czech Republic. The lads I hang out with here are 40ish professionals and they were terribly excited about an exhibition being put on of “Merkur”.

They had to explain it to me a couple of times but it all fell into place when I shouted “Meccano!” and that is indeed what they meant – the local variation of that favourite construction toy. Which leads us to our first example from said exhibition, a tale of intellectual piracy. 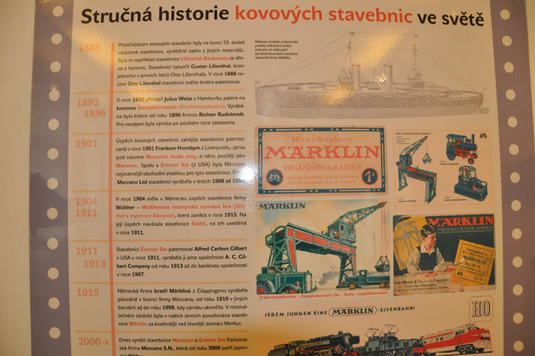 Don't worry too much about your sad lack of linguistic skills, it's easy enough to see that this is a list of who stole the idea from whom. Starting with a Herr Lilienthal in 1888, the idea was copied in Germany in 1892, then in the US in 1901 and so on and on, leading to various licensing deals in later years and the establishment of this Czech company, Merkur. Still a rather Germanic name but the First Republic was before all the Germans were thrown out (in 1945) and they made up 40% or so of the population. More in some places, less in others.

The sort of things you could do with Merkur were, obviously, very similar to what could be done with Meccano. The most wondrous Heath Robinson (to Americans, Rube Goldberg) machines could be built. 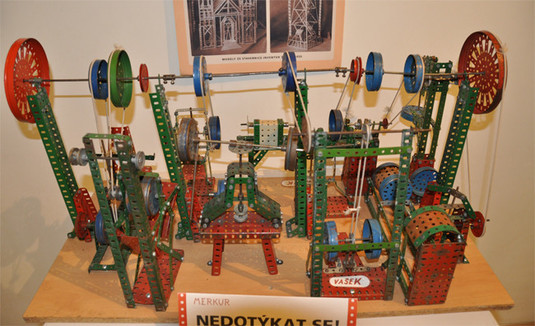 My colleagues on this visit (a civil engineer, psychotherapist and games programmer, yes, three different people) certainly remembered the excitement this Merkur gave them in their youth. And there were those who took this rather to extremes. Vladimir Malec, for example. During WWII, his family had to sell his kit in order to be able to afford food. So he built his own constructor set from whatever pieces of scrap metal he could find. 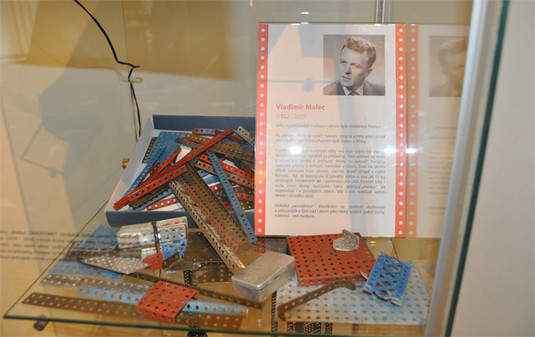 There were also rueful stories of the rather aggressive marketing techniques of the firm. Pretty good work for nominally socialists in fact. They would print, on the cover of the packaging, something that you couldn't actually build from the set inside the packaging. Thus they would engender lust for the next package as soon as it could be squeezed out of the parental pay packet. A kit was some 400 crowns, when weekly wages – post tax – were perhaps 1,200 crowns. 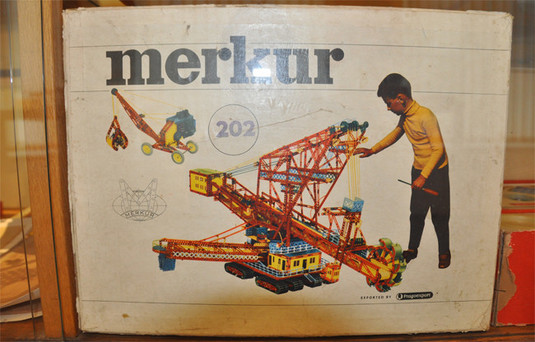 As you can see, there were at least 220 different packages available, so there was an awful lot of parent-badgering by kids going on. And of course, that vast machine there in that picture was the top-of-the-line model. 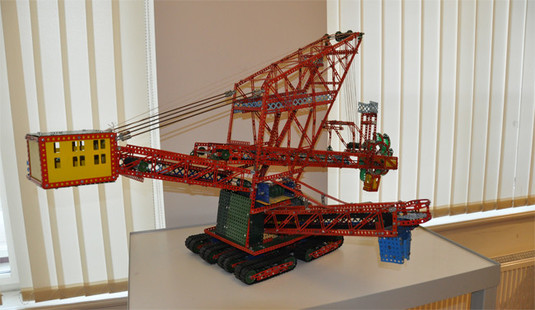 That's actually a mining machine, one to dig up brown coal or lignite, as we sometimes call it. Rather appropriate, as the standard economic joke about Soviet-style socialism was that it was a system to dig up the coal and ore to make steel out of which to build the machines to dig up coal and ore for steel. The next-but-one town over from here, Most, was actually razed and rebuilt (although they did move the cathedral along on wheels) to open up an area for mining. Liked their mines, did the Commies.

As most will also know, said scientific socialism wasn't really all that good at making more consumer-oriented stuff. One example of that is this. 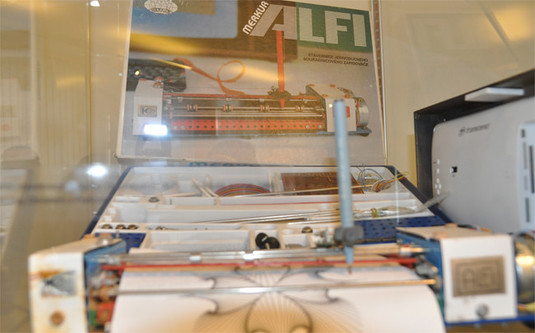 That's from the early-to-mid 1980s. And yes, if you wanted a plotter, that's what you had to go and do. Buy the specific Merkur kit to build your own plotter. Yes, what fun, but these things are only fun if you do this sort of tinkering by choice, not because you have to.

And then we come to this. 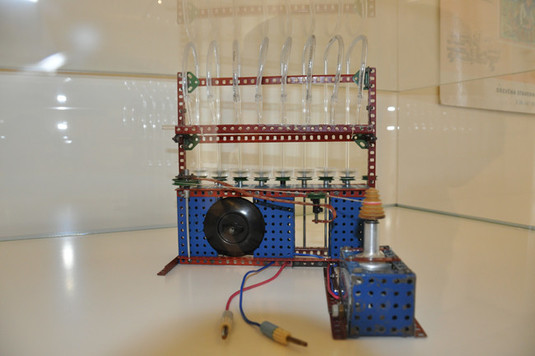 No, really, this is an amazing piece of boffinry. It almost feels sacrilegious not to be wearing a white coat and smoking a pipe even while looking at it. It's actually the first machine in the world to make contact lenses.

The Czechs are really rather proud of this: 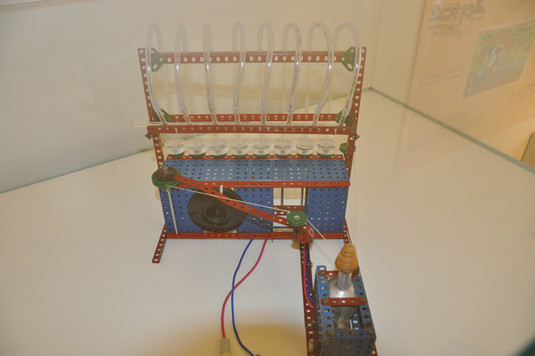 By late 1961, the builder, Otto Wichterle, had succeeded in producing the first four hydrogel contact lenses on a home-made apparatus built using a children's building kit (Merkur), a bicycle dynamo belonging to one of his sons, and a bell transformer. All the moulds and glass tubing needed to dose them with monomer were also individually made by himself.

Proper right-on boffinry, I call that.

And then we come, as you always knew was finally going to happen, to a little bit of economics. This scientific socialism, as above, was not as greatly known for its ability to produce consumer items as it was heavy machinery and big factories. And so, from an adjacent exhibition of living standards in the 1970s, there is this: 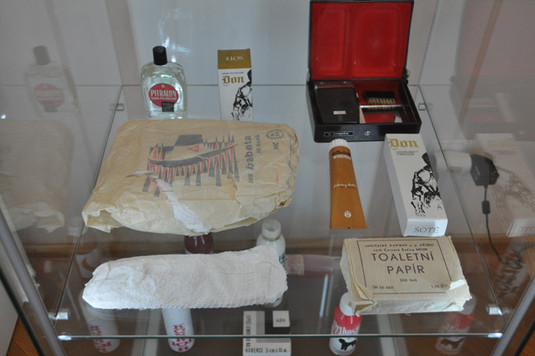 That piece of towelling on the left there was the only menstrual product available in the country. No tampons, nothing with wings. Just that, made to be washed and reused. And given the difficulty of ever finding any, they very definitely were washed and reused. And on the right we've the toilet paper. Lots of us will recall that medicated Izal stuff that schools and institutions used in Britain (and which so mystified visiting Americans) but look at the size of that box. And that's 200 sheets.

No, they might have been able to make the machines to dig up the lignite, and they seem to have managed to make toys that let you build models of the machines that dug up the lignite, but producing those consumer goods that we all rather consider to be part of civilisation (isn't it Cohen the Barbarian who defines that as “soft toilet paper”?) didn't seem to be something they were so good at.

Even if the boffinry was excellent. ®