Android, however, is a beacon of freedom and openness

One of the ways Chinese kids like to pass their time is watching video on a site called Leshi TV that's sufficiently popular the company's CEO Jia Yueting is ranked among the planet's billionaires.

Jia is also an enthusiastic user of Weibo, China's Twitter equivalent. And late last week he used it to post the image above depicting Adolf Hitler wearing an armband bearing the Apple logo instead of a swastika.

The CEO's trying to make a point that Apple exercises very rigid control over its ecosystem, to the exclusion of all contenders and therefore to the detriment of consumers. His post labels Apple arrogant and suggests that the company's empire is waning. He's since re-stated that position in rather less controversial terms using the image at right. 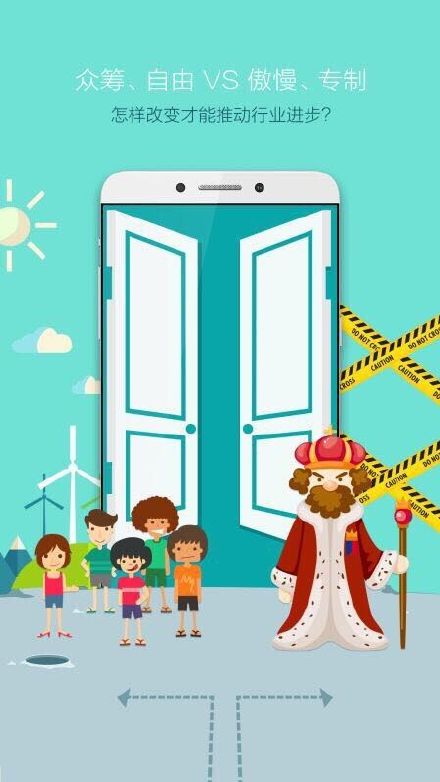 Apple as mere tyrant,
as opposed to genocidal dictator
Click to enlarge

Why the Aple ire? Jia's empire is about to release Android handsets, so the CEO is clearly trying to stir things up.

Your correspondent visited Shanghai last year and was surprised by the prevalence of Apple devices (most genuine) and the colossal size and throng of people at the city's largest Apple store on shopping hub Nanjing Road. Shanghai has another big Apple store over in Pudong and at least one more elsewhere in town. During my visit, it was hard to escape Apple billboards in the bits of the city I visited.

Shanghai is an unusually wealthy and cosmopolitan city by Chinese standards, so ardour for Apple may not exist at similar levels elsewhere in the nation. Jia's anti-Apple messages may therefore be aimed at folks for whom Cupertino's pricey kit is out of reach.

Whatever his motives, Jia's likely ignorance of Godwins Law has earned the billionaire significant notoriety. Let's see if that helps to shift some smartmobes, shall we? ®

China, Russia and Iran all attacking US elections and using some nasty new tactics, says Microsoft

UK political parties probed, too, reckons Redmond as it wades into debate with call for extra election security funding