The Concerned Scientists have not yet had time to model the results of the cores' emergence in detail but the scientists believe the results will be catastrophic.

"There will be several large holes punched violently through the planetary crust," explains Glick. "Magma will emerge through these at high pressure, even as the hot cores emerging from the seabed will cause a colossal steam explosion reaching high into the stratosphere. The radioactive fallout could travel hundreds of miles.

"It'll be roughly equivalent to three Krakatoas combined with ten thousand Chernobyls. The Falkland Islands will be a barely habitable wilderness, afterwards." 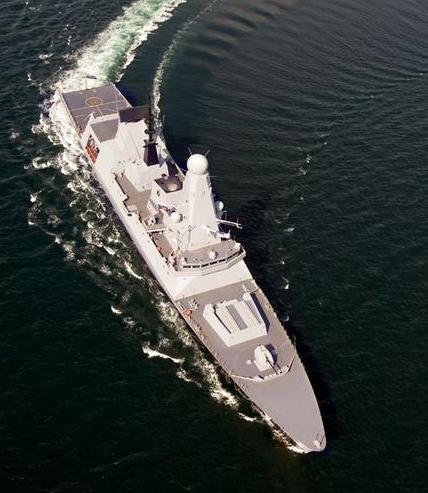 The Register understands from its sources that the Japanese government has informed Britain, the colonial power which occupies the Falklands, of the situation. It's believed that Britain also intends to keep the impending disaster secret for as long as it can in order to safeguard financial interests in the City of London.

It's thought that this will give City bankers time to move investments out of oil exploration and fisheries in the South Atlantic.

However, the British are thought to have a plan to send a task force led by the SAS with ships and aircraft to the islands to evacuate the military occupation garrison.

"The cover story, which is quite clever, is that the transports will actually be reinforcing the garrison against a trumped-up new threat from Argentina," comments Glick. This is corroborated by the fact that the British government announced that it would be boosting the Islands' defences last week.

The Register contacted the British Ministry of Defence for comment on the SAS rescue operation. MoD spokespersons couldn't deny that ships, aircraft and special forces troops are preparing for missions in the South Atlantic, but were reluctant to give any more information.

"It is Ministry of Defence policy that we never give details on special forces operations," a spokesperson told the Register.

We also contacted the government of the Falkland Islands for comment, but were only able to obtain an answering machine message stating that the office is closed at the moment "due to the annual Port Stanley Bowls and Social Club group holiday trip to South Georgia."

Military veterans who have served on the Islands have told the Register that this may mean, for the moment, that the civilian population of the Falklands is likely to be very small: possibly limited to a dachshund (believed to be named Colin) who is normally left behind with plenty of food by his owner during the annual outing.

Once the British military evacuation is complete, Colin may be left to face the impending nuclear apocalypse alone, apart from sheep and penguins. However the possibility does exist that Argentinian forces, learning of the British withdrawal, might be unwisely tempted to invade again.

"Even so it will still be a disaster of unparalleled magnitude," comments Dr Glick. ®

[The Register may be unable to return to this sensational story as soon as we would normally expect to, as our lawyers are considering a notification that arrived just before publication via the DA-Notice system. We would suggest that interested readers may wish to keep their own copy of this article. -Ed]

Sure, go ahead and load APKs instead of using an app store. You won't enjoy the results
Research9 Dec 2022 | 5

Warplane project may include AI in the cockpit, and comes as tensions rise with China and Russia
Security9 Dec 2022 | 31